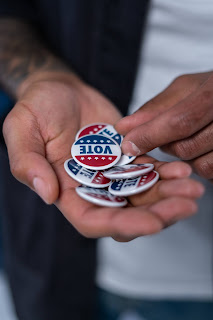 Thankfully, the Arizona Senate ordered a forensic audit done on the votes tabulated in the 2020 Presidential Election.

"Arizona Senate President Karen Fann on Tuesday said that the 2020 presidential election audit’s ballot count led by Cyber Ninjas differed from the Maricopa County tally, and that the discrepancy prompted the election review team to acquire new machines to recount the ballots.

'They haven’t released a number yet,' Fann, a Republican, said during in an interview with KTAR. 'However, we do know that those numbers do not match with Maricopa County at this point.' . . .

Fann’s remarks come as the ballots cast in Arizona’s largest county in the 2020 election were set to be counted for a third time on orders from the state’s Senate."

Read the entire article here by Isabel Van Brugen at The Epoch Times.

Picture used by permission from Pexels.