On Sermon Preparation and Borrowing from Others

A holy minister is an awful weapon in the hand of God. A word spoken by you when your conscience is clear, and your heart full of God's Spirit, is worth ten thousand words spoken in unbelief and sin.

Charles Stanley's sermon, “Spirit-Anointed Preaching,” influenced me greatly when I heard it as a college student. I still have the cassette almost 30 years later. Stanley said you get your messages going back and forth between pouring over God’s Word at your desk and from spending time in prayer on your knees. He exhorted students to move back and forth between the study and the place of prayer. I’ve tried to practice that basic idea ever since. 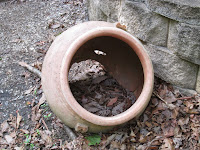 The question of using other preachers’ material recently surfaced in Southern Baptist life. The first time I encountered this was when I worked under a pastor years ago as an associate. It did not take me long to realize that most of his sermons were series he purchased online from someone else. He was very excited about the topical approach to preaching, and his habit was to regurgitate the fruit of others. He was not an exceptionally intellectual man (not a put-down) and found the discipline of Bible study quite challenging. I once told him that his best preaching and sermons where I sensed his strongest anointing came not when he preached the messages of others – but when he shared from God’s Word out of his own devotional life and time in the Scriptures.

In a day of many approaches to preaching, it is wise to formulate a practical theology for preaching. My entire ministry I have taught God’s Word with some basic convictions that have not changed . . .

1.         Most of my preaching needs to be text-driven (expository, verse by verse). This method is deeply rooted in the theology of biblical inspiration, that God has already spoken to His people through His Word.

3.         My preaching and teaching need to flow out of my time in the Scriptures, my devotional life, and my walk with God. (Bobby Welch once said that sometimes, when he had not had time to study as he wished, he would simply preach out of his quiet time – out of the overflow of what God was feeding him. And Adrian Rogers once said in chapel at Southern Seminary, don’t preach what you are not obeying!”)

4.         God is the Source, and ultimately, the message and its effect come from Him. And, as Johnny Hunt says, “God feeds according to need. And He only has to give you the next one.”

With that said, in terms of crafting the message, structure, I certainly am influenced by and
use parts of others’ ideas. I gleaned from Johnny Hunt years ago 2 phrases to pastors in terms of sermon prep – “There’s nothing new under the sun,” and, “If my bullet fits your gun, shoot it!”

Once as a young preacher, preparing a series on spiritual gifts, I got cassette series from Charles Stanley and Johnny Hunt on the subject. I listened to Stanley’s first and then Hunt’s. When I heard Hunt’s, I said, “Wait a minute. He’s preaching Stanley’s message – just adding his own stuff to it!”

Adrian Rogers told pastors on more than one occasion to feel free and take his messages and books and preach them – but “make them your own” – in other words, don’t try and be him, but use the ideas with your own study, development, addition, etc. – as God leads you.

President Danny Akin (SEBTS) made his resources readily available online for pastors to use. He told us in class years ago (pre-internet availability – when his notes were in binders) – this would save our neck some Wednesday night when we had not had time to prepare – and he was right. I’ve used his Psalms handouts numerous times – and probably never felt any need to say, “I downloaded this from Danny Akin.”

For years, pre-internet, pastors like Jerry Vines and others sold and distributed their sermon outlines to pastors, who in turn used them in studying and preaching. Leaning on the outlines or study of other pastors for help is nothing new. The difference is, with the internet today, and the critical spirit of the age, you aren’t “hidden” or in isolation. And there are internet trolls out there who like to point out the seeming faults of others.

In my current state as a bivocational pastor, working and driving 50+ hours a week for my full-time job, I don’t have the time or luxury as in years past to spend hours alone in the study. I start praying about the message on Monday morning, thinking on the text all week, looking at resources, etc. – but I don’t have the time I would like to carefully plan and structure. So, I lean a lot other people's resources.

For example, I just started a series called “Growing in Wisdom” – all taken from the book of Proverbs – for the summer. I collected 5-6 books related to “wisdom” and “Proverbs” about two months ago – as well as an old sermon series by Chuck Swindoll from Proverbs. I actually posted a picture of all of the books on our church’s Facebook page a while back and said something like, “I am looking forward to my next sermon series and preparing with these resources.”

On the first message, I put a little gray box on the handout stating the resources I am using to prepare. Beyond that, unless it is a word-for-word quotation, I don’t feel the need to attribute everything. For example, sometimes I may find an outline in a chapter of a book or commentary that outlines a text very well and – if it fits what I am studying/praying through, I may use that outline without feeling any need to say, “That outline – or that part of this outline came from Jack Graham, etc.” 99% of the people in our congregations don’t really care – and they don’t care what books I am reading. They just want me to feed them the Word under the anointing of the Spirit. If I were preaching at a school or more visible location I may feel the need simply because those people care more and are more critically minded.

And of course, if you are widely read, the ideas that eventually become structure, illustrations, or outlines in your message likely are a piece-mill of various sources. When you have preached for several decades, illustrations, stories, and ideas become a part of your mental filing cabinet, and you can’t always remember from whence they came.

Swindoll’s Bible biography books are so good – biblical, organized and illustratative. Sometimes in preparing to preach a sermon on one of those characters, I will lean heavily on Swindoll’s study. If so, I will attribute him in some way in the handout or again, a casual reference in my preaching.

I don’t think I’ve ever preached another person’s sermon word for word, without making it my own. It's very easy for preachers to fall into a lazy habit of doing just that - I afraid to the detriment of themselves and their hearers. It's my experience that the anointing of the Spirit comes from time before the Lord and the text - and fleshed out in your life.

Wednesday – continue studying and should have a working outline

In recent SBC news, I would not have any problem if a man preached another’s message but said at the beginning, “I really appreciate XX’s approach on this passage, and he really helped me in my preparation” – or something like that. However, I believe that habit should be the exception and not the norm. When God calls a man to preach, He calls him to the ministry of prayer and the ministry of the Word, and he is to not neglect the discipline of preparing messages to feed God's flock.

I have appreciated Rick Warren’s thoughts through the years (and I think he even puts it in his books) – when he says if anyone copies his stuff and uses it elsewhere, they don’t have to attribute him – and he considers that a compliment! I think that is a very “kingdom” way to think – unless you are turning around and selling the material as a book, etc. and claiming it is yours. 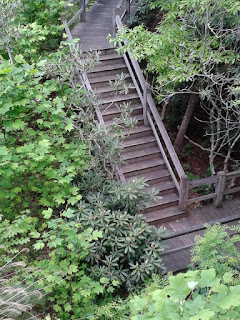 All that said, I still use Stanley’s simple model of study and prayer as the primary method for sermon preparation. All of the structuring, outlining, etc. is secondary to that. I have tried to follow his and Don Wilton’s advice – make sure you spend good time in the text and prayer yourself – asking the Holy Spirit for help – before you start going to other people’s resources. And throw in with that Jim Cymbala’s exhortation that Jesus knows exactly what the people you will be preaching to on Sunday need to hear – make sure you go to Him for the message He has for them on that particular Sunday/message.


In our day, I’m afraid many preachers forget that regardless of how many resources you use – THE MESSAGE STARTS, IS FUELED, AND FINISHES BY BEING TEXT-DRIVEN AND SPIRIT-ANOINTED. The message has got to come out of the text – not just Swindoll, Stanley, whoever – and it needs to be empowered by the anointing of the Spirit. See Martyn Lloyd-Jones’ book, The Sacred Anointing.

I tell our congregation, my most important task as a pastor is prayerfully sharing God's Word week-by-week under the anointing of the Spirit. My people should know that habitually, if they show up, they can expect to hear a word from God, because their preacher-teacher has been soaking in the Word and in God's presence, ready with a fresh word to share.

Pictures used by permission from Pixabay and Pexels.