Pelosi: On the Riot Side of History 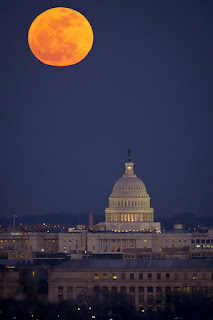 Tony Perkins of the Family Research Council knock it out of the park again in his commentary from Friday, July 23, entitled, Pelosi: On the Riot Side of History . .
.

"When House Democrats started clamoring for their own January 6 commission, it was never about the facts. But the last person anyone expected to admit that is Speaker Nancy Pelosi (D-Calif.). But this week, the California leader showed her cards when she booted two of the five Republicans off the roster because she was terrified they'd ask some hard questions. And hard questions, we all know, is not what this probe is about. Political theater is.

When House Minority Leader Kevin McCarthy (R-Calif.) submitted his five names for the supposedly bipartisan investigation, Pelosi knew that Reps. Jim Banks (R-Ind.) and Jim Jordan (R-Ohio) wouldn't let her party get away with the pack of lies they've been trying to sell about that day for seven months -- namely that Republicans and their supporters were responsible for the tragedy at the Capitol. So, she made up some lame excuse that Democrats needed to protect the 'integrity of the investigation' and rejected the two conservatives. Seething, McCarthy fired back that if that's the way Pelosi wants to play it, then she can go ahead with their 'bipartisan' committee without them. 'Unless Speaker Pelosi reverses course and seats all five Republican nominees, Republicans will not be party to their sham process and will instead pursue our own investigation of the facts.'

Picture used by permission from Pexels.