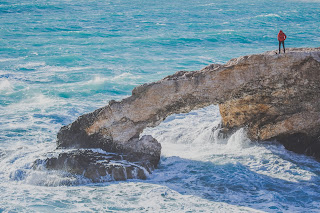 The past four months, since I wrote my article, 7 Lies Americans are Believing, I have been writing and saying these two phrases:


Pray. Love your neighbor. Speak up. Speak Out.

Don't be deceived. Liberty is at stake.

Here are the best things I've read and recommend to you from this past week:

Dr. Albert Mohler wrote one of the most thoughtful pieces I've read all year over a Christian's struggle with this election - and in terms of a moral, intellectual, and spiritual obligation to God - in his article, Christians, Conscience, and the Looming 2020 Election.

Mohler rightly says, Joe Biden "seems repeatedly to have trouble telling the truth and he surrenders to the rising leftist wing of his own party while claiming to be a moderate. More importantly, he is an enthusiastic champion of many of the most wretched policies that threaten the moral survival of our nation."

Dr. Wayne Grudem responds to Dr. John Piper in A Respectful Response to My Friend John Piper about Voting for Trump.

Franklin Graham wrote, "We stand at a critical crossroads as different worldviews compete for the heart of our nation. Many of our basic liberties, cherished by our Founding Fathers, are at risk of being lost. Religious liberty, freedom of speech, the definition of family and gender, and the protection of the unborn are up for grabs with this election cycle. These are key moral issues that are directed by God Himself and are not up to the court of human opinion. Let’s take a stand for God’s truth and vote according to the Scriptures." Read his letter, Our Basic Liberties are at Risk.

Speaker Newt Gingrich shares, "No matter where you live, you cannot believe polls. Nearly all the major national polls were dead wrong in 2016, and nothing substantial has changed in the way that these same Washington beltway pollsters are surveying Americans today."  Read Every Vote Matters here.

And finally, Wayne Grudem sums it up so well (and if you missed it - here's some well-researched facts - read Grudem's article 30 Good Things President Trump Has Done for America)  . . . 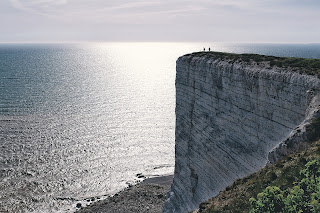 "These are two vastly different kinds of nations. The first one features increasing freedom, personal responsibility, and human flourishing. The second one features ever-increasing government control of every aspect of our lives, significant losses of freedom, and the implementation of many laws and regulations that are contrary to the moral teachings of Scripture. That is why voting for Trump seems to me to be the most loving, most faithful choice for a Christian."

For faith, family, and freedom,