The 5 P's of Voting this November

Elections have consequences, and no doubt the Presidential election of 2020 will have enormous ones for the future of our nation, perhaps for several generations.

Research guru George Barna says, "The 2020 election is not about personalities, parties, or even politics. It is an election to determine the dominant worldview in America." 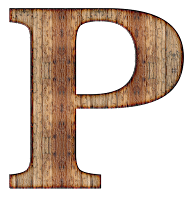 Don't let the sound bytes, the Hollywood moguls, or your favorite CNN or FOX News commentator be the extent of your digging and learning! We live in the information age, and we can do a lot of research ourselves beyond the headlines.

Here are 5 Ps to remember when voting:

"My mother is a staunch Republican."

While that may be true, and you love your forefathers, that is not reason enough to vote a particular way today.

Remember, it is not your granddaddy nor your mother's day. It's a different day with high stakes. Evil forces are at work in our nation to bring moral and legal changes that our grandparents could have never imagined.

Just because you have always voted one party ticket is not enough reason to do so now. There are consequences to our voting.

I will vote for any party candidate - Democratic, Republican, Libertarian, or any other third party - that I believe (a) most reflects biblical morals and ethics, (b) will be a friend to people of faith, and (c) will do the most good for Americans.

Listen, we're not voting for our date at the prom, a Sunday School teacher or pastor, or for Mr. Congeniality. We are voting for en entire movement.

Voting or not voting for someone because I don't like them is actually a very one-dimensional line of reasoning.

(a) Donald Trump and Republican policies or

(b) Joe Biden and Democratic policies?

There are no other choices. The nation will either have the option (a) or option (b) as a whole package for at least the next four years, and probably longer. If I withhold support from Trump, that makes it easier for Biden to win, and thereby for Democratic policies to bring (in my opinion) great destructiveness to the nation (more specifics below.)

In making a choice between package (a) and package (b), questions about a candidate’s character of course are relevant. But, to my mind, the question is not, 'Does Donald Trump have flaws?' but rather, 'Is Donald Trump so clearly unsuited to be president that our only valid choice is to accept package (b) and the great damage to the nation that (in my opinion) will flow from Joe Biden and Democratic policies?' When I ask the question in that way, the answer is clearly No, and it isn’t even close. Package (a) is far preferable."

Agreed. There are no other choices.

Instead of voting based on the past, a party, or personalities, we should vote based on policy.

What has Joe Biden accomplished and what has he voted on the last 47 years in office?

What has Donald Trump accomplished and what has he voted on the last 47 months in office?

The Family Research Council prepared some excellent resources with much research noting the promises made, promises kept. See the following: The Trump Administration Accomplishments

See Family and Religious Liberty Accomplishments of the Trump Administration

Here is another long list of the President's accomplishments.

The other P that should influence our voting is party platform. The Democratic Party and the Republican Party both adopt a platform - an agenda they intend to work on and towards the next four years. Historically, the parties and Presidents stick to their party's platform about 60-70% of the time, so they are good indicators of what to expect.

Grudem again writes, "The declared policies of a candidate, and of a candidate’s party (Democrat or Republican) give a good indication of what the candidate will do if elected. In this year’s election, there is a vast difference between the policies of the two parties and their candidates." 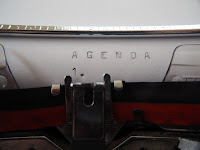 David Clossen writes, "Although neither political party perfectly represents Christians, party platforms allow us to make thoughtful judgments regarding who we will support at election time. These platforms, which serve as proposed governing philosophies, allow Christians to see if and how the political parties prioritize issues on which the Bible clearly speaks.”

Dr. Michael Brown asks, “When it comes to the November elections, which party is more likely to protect our religious freedoms? Which presidential candidate is more likely to push against the marginalizing tactics of the radical Left?”

See Comparing the Democratic vs. the Republican Party Platforms.

Your vote matters. Make it count.