Dr. Wayne Grudem does an excellent job representing why many evangelical Christians gladly support - and with no conflict of conscience: 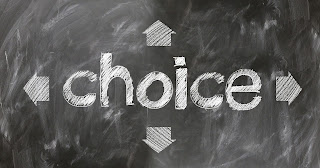 "Over 80% of white evangelical voters supported Donald Trump not because they liked him as a person but because they favored most or all of these policies:

- clearheaded recognition of the economic, military, and information threat of China

- good jobs and school choice as the best way to help the poor,

- a strong border wall and a secure border, followed by a comprehensive reform of our immigration system,

- freedom of conscience (government should not force Christians to use their artistic skills to convey a message of approval of same-sex marriage or to use their medical skills to perform an abortion, or to use their pharmacies as the distribution point for drugs that cause abortion),

- economic growth resulting in more and better jobs, and

- restrooms, locker rooms, and single-gender sports teams should be restricted to people of one biological sex or the other.

Read the entire article, Letter to an Anti-Trump Friend, here at TownHall.

Picture used by permission from Pixabay.
Posted by Rhett Wilson at 9:38 AM