What’s at Stake for Religious Liberty 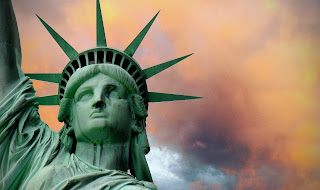 Christians have always faced the challenge of living in this world but placing their hope outside of it. Scripture cautions, “Put not your trust in princes … in whom there is no salvation” (Psalm 146:3, ESV). While we cannot put our ultimate trust in any government official or political party, as American Christians we still have the unique privilege of selecting our own “princes.” The 2020 elections offer the challenge and opportunity to elect leaders who will promote the common good and foster virtue and ordered liberty—including religious liberty.

Religious freedom protects the right of Americans to speak and live consistent with their convictions. It also serves to restrain government and allows competing claims about truth in the marketplace. Democracy thrives with robust debate. In fact, countries that vigorously protect religious freedom are more stable, democratic, prosperous and less violent. In the United States, religion contributes greatly to a healthy society and economy. And finally, civil liberties travel together. The loss of religious freedom signals the loss of other freedoms. History confirms this time and again.

As a national legal organization advocating for religious freedom, Alliance Defending Freedom (ADF) has a frontline view of the legal and regulatory landscape. Whom we elect to every public office—from the school board to Congress—matters immensely. Yet there is no higher-stakes race than the one for the presidency. No elected officeholder approaches the authority given our chief executive, which makes it the most important race of all. Thus, Christians must educate themselves on the issues, then prayerfully and wisely vote.

Read the entire article here by Waggoner and Smith at Decision Magazine.