What’s at Stake for the Courts

Thanks in part to the COVID-19 pandemic, the 2020 presidential election will be one unlike any other. However, one issue that proved to be a deciding factor for many voters in 2016 will remain as important, if not more, during this cycle: judicial appointments. 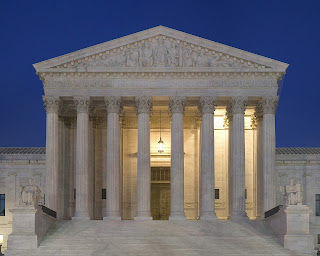 Prior to the 2016 presidential election, Justice Antonin Scalia’s death turned the nation’s attention to who the next president would nominate to fill the vacancy on the U.S. Supreme Court. Then-candidate Donald Trump made the bold move of going beyond the usual platitudes about the judicial philosophy to which his nominee(s) would adhere and instead published a list of names of potential nominees for the American people to see for themselves. Like much of Trump’s campaign, it was unconventional, and it worked.

This year, with rumors of potential retirements and Justice Ruth Bader Ginsburg’s continued health issues, the Supreme Court is back at the center of the political stage. Like any candidate running for reelection, President Trump now has a record on this issue that voters can consider. As vice president, Joe Biden praised President Obama’s appointments to the Supreme Court—Justices Elena Kagan and Sonia Sotomayor—two of the high court’s liberal justices. The progressive left expects more of the same from a possible President Biden.