"I fail to see how an evangelical Christian who believes in the moral values of the Bible could support the increasingly far-left Democratic Party. How could Christian in good conscience support a party that promotes laws and policies that 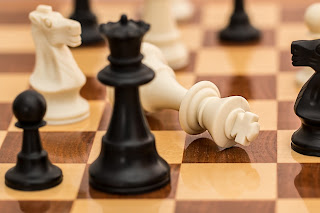 - allow abortion up to the moment of birth,

- authorize the use of our tax money to pay for abortions and gender reassignment surgery,

- cripple our economy with ever-increasing government control and taxes,

- weaken our military in the face of increased aggressiveness by China,

- abandon Israel to fend for itself,

- nullify the Senate filibuster rule (both Obama and Biden have recently spoken about this) so that all legislation can be passed with only 50 senators plus the vice president casting the tie-breaking vote,

- support the rising influence of judges who are not constrained by the original meaning of the words of the Constitution or of the laws, perhaps even adding six additional seats to the Supreme Court in order to be able to give the court a new 10-5 majority of such justices (this could be done with control of both the House, the Senate, and the presidency)

- grant statehood to both Washington DC and Puerto Rico, thus adding four more Democrats to the U.S. Senate (I have heard three US senators already predict that the Democrats would do this if they had the votes)

- support draconian laws that compel an artistic professional or a professional counselor to affirm the validity of same-sex marriage even when that is contrary to the professional person’s conscience,

- reinstate the Obama-era guidelines that required schools to allow biological males who claim to be transgender females to use girls’ bathrooms, locker rooms, and showers (the guidelines were canceled by Trump),

- pass multiple new, extremely strict green energy laws that will massively increase energy costs and therefore will also increase the cost of everything that is made or transported with the use of energy,

-seek to defund the police (to be precise, Biden has said he favors “redirecting” some police funding to other programs, which is a partial “defunding” of police, which will lead predictably to a substantial increase in crime),

-use violence and intimidation to nullify freedom of speech (in practice) for those who disagree with them politically,

- support open borders and sanctuary cities in defiance of the law, and that

- promote a complete federal government takeover of our healthcare system.