The Left – as opposed to classic liberalism or classic conservatism – is the greatest threat today to liberty. Leftism, as witnessed repeatedly in the 20th century, is an enemy to capitalism, freedom of thought, freedom of speech, religious liberty, and anything reminiscent of traditional values.

Jewish lawyer Dennis Prager writes, “The Democratic Party was once liberal. It is now leftist. Liberals loved America. The left loathes it.”

Leftism does not value truth – it values the narrative its proponents want to enforce. Lies are perpetuated to influence and eventually control the masses, particularly when the mainstream media becomes a puppet for the Left.

For several decades, the Left has forcefully worked to take over three key centers of influence: academia, the entertainment industry, and the media.

Decades ago, when the television set became a standard in American homes, a wise futurist lamented (I wish I could remember the source but I cannot) that one day that box would be the destruction of the USA. Why? Because eventually the Orwellian Big Brother would control what is shown on the television channels. Average Americans would stop thinking for themselves and doing their own research and instead would accept as fact whatever comes through that tube. And the futurist predicted eventually Americans would vote a totalitarian government into power. And when Big Brother holds absolute power, he quickly punishes, removes, and erases voices of resistance.

Consider the following. The Friday after the Presidential election, some prominent movers and shakers in the Democratic party began calling online for an “enemies list” of Trump supporters “to ensure that Trump administration officials and Trump supporters were ostracized by society for having the audacity to disagree with the Democratic agenda” (Aaron Kliegman). Their list includes 57 judges. 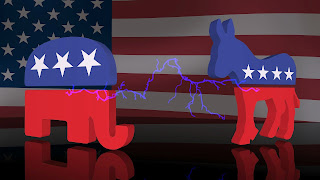 These same Trump Derangement Syndrome leftists the last three and a half years refused to accept the election results of 2016. Remember the fake conspiracies of the phony impeachment and ridiculous Russian collusion? Oh, now it turns out Joe Biden’s family was actually doing those things – but don’t expect the mainstream media, which is considered fraudulent by 50% of Americans, to push that forward. Now these same folks say it is a threat to democracy for conservatives to question the integrity of the 2020 voting process.

Incredible irregularities occurred the week of the election in several states. However, the media crowned Joe Biden the next President before the voting was even complete. If you say something long enough and loud enough – regardless of its veracity or falsehood – people often eventually believe it.

Numerous affidavits were filed with postal workers reporting dishonest handling of mail-in ballets. Tens of thousands of votes for Joe Biden suddenly showing up overnight. Republican pollsters not allowed in places where votes are counted.

Is this Communist Cuba? No, it is America in the claws of Leftism – the same philosophy that led to Russian Communism, Italian fascism, and the German Nazi Party.

Tony Perkins writes, “The media must be awfully forgiving. After four years of hammering home how suspect our election process is – how vulnerable it is to meddling and interference – they’re suddenly comfortable with it.” 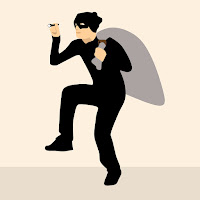 John Fund of the National Review said, “We’re seeing the bitter fruits of [the Left’s] silent coup in our election laws.” This started in February and March when the Democrats “decided to push a wholesale change” in our voting laws. Using the faux cover of COVID-19, rules were undemocratically changed or ignored. Now, thanks to their scheming, it’s difficult to tell “where the incompetence ends and the potential fraud begins.”

There have been virtually no reports of Trump supporters looting, rioting, or burning down buildings since the election. However, election eve businesses in cities across America boarded up – expecting widespread violence should it appear the Democrats lost. The boards came down the next day. Why? Prager say, “Because everyone knows that conservatives don’t riot.”

To quote Kleigman, “The hypocrisy and double standards are truly astounding. But because the left controls the flow of information through the media and big tech, Democrats and journalists won’t be called out in any meaningful, consequential way.”

President Trump. Take every state with potential fraudulent voting to the Supreme Court. Half of this country stands squarely behind you.

Listen to Deep State Will Be Defeated by Attorney Lin Wood here.