The Lie of ‘Progressive Christianity’ 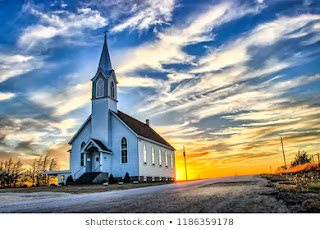 "Back in April when Democratic presidential hopeful Pete Buttigieg threw stones at “the Mike Pences of the world” for their historic Christian beliefs about marriage, sexuality and sin, he drew rapt attention from the news media. He also raised the visibility of a religious movement that claims the term Christian but denies the full authority of Scripture on which 'the faith once for all delivered to the saints' (Jude 3, NKJV) is based.

Buttigieg’s 'progressive Christianity' allows him to claim a commitment to the faith that Jesus Christ taught in the Gospels and still remain married to his male partner.

'There’s nowhere to hide on these issues. There are a lot of Christians who are trying to hide in the tall grass, and that’s not going to work.' —R. Albert Mohler Jr.

The distortion of God’s Word is the root of all unfaithfulness, says R. Albert Mohler Jr., president of The Southern Baptist Theological Seminary in Louisville, Kentucky. It’s a sin that began in the Garden of Eden and continues as a temptation for all believers, Mohler notes.

Picture used by permission from Pixabay.
Posted by Rhett Wilson at 7:40 AM