Praying in a Pagan Land 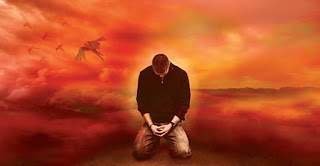 "In truth, only desperate people pray.

When the Israelites were exiled to Babylon, they were commanded to seek the welfare of this pagan city and to “pray to the Lord” for its people (Jeremiah 29:7). They were to pray for their cruel captors whose armies captured Jerusalem, killed many Jews, and for sport threw Jewish babies against the rocks.