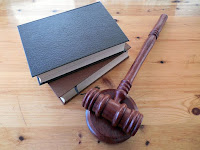 "Nearly three years into the Trump presidency, the advance of conservative-leaning judges to the federal bench has been swift, with nearly 90% of the president’s nominees being confirmed, according to data from the Heritage Foundation.

This fall, as judicial vacancies on federal appeals courts are at the lowest level since the end of Ronald Reagan’s first term, the Senate has the chance to turn historically liberal federal circuit courts in the West and the Northeast in a more conservative direction."