We’re on the Eve of Destruction Again 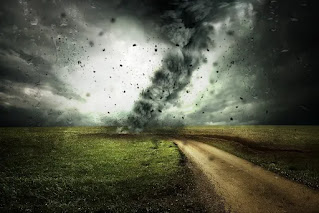 It was 1965 when Barry McGuire’s #1 hit song, “Eve of Destruction” was released, and I heard it as a 10-year-old boy. As I grew into my teens, I began to understand the lyrics, which expressed the frustration and hopelessness of the younger generation. We were old enough to be shipped off to Vietnam to die but not old enough to vote. And as the world was already to explode in a hail of nuclear bombs, there was nothing we could do. Worse still, no one would listen.

The lyrics pleaded. Don’t you understand? Can’t you see? Why won’t you believe that we are really on the eve of destruction? “This whole crazy world is just too frustratin',” and neither Washington nor Civil Rights marches could fix it. Why, oh why, won’t anybody listen?

It was 19-year-old P. F. Sloan who wrote the song and, after it became famous, explained to the Jewish Journal of Greater Los Angeles, “It's an endless dance around this razor's edge about what God is saying every time I sing this song. He's telling me, ‘Don't believe we're on the eve, I'm not going to allow it.’ And then other times when I sing it, I get the message he's going to allow destruction to happen. Every time I sing it, I get an insight into what's going on.”