What it Means if Kamala Harris is a "Pragmatic Moderate"

When Joe Biden chose Kamala Harris to be his running mate, the New York Times referred to Harris as a “pragmatic moderate” and ABC News personality George Stephanopoulos said, “Kamala Harris comes from the middle of the road, moderate wing of the Democratic Party.” 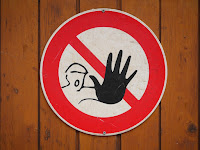 Of course, this is exactly how Uncle Joe wants himself and his ticket to be seen, but for some these descriptions probably felt a bit like the time the Washington Post described ISIS terror leader Abu Bakr al-Baghdadi as an “austere Islamic scholar.” Sometimes the description says more about the one making the description than the one being described.