“We don’t have to want to make stuff up. We don’t have to invent some post office phony scandal. We just have to tell the truth about how radical these people are,” said Gingrich, who engineered the “Contract with America” Republican revolution of 1994. 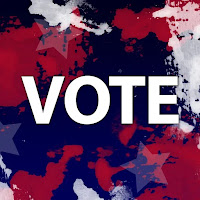 “Rioting every day for 90 days, that begins to be a fact. And it was very interesting to me that neither [Joe] Biden nor [Kamala] Harris was willing to say a word about antifa, a word about a level of crime.”

“You know, [we] have the mayor of Chicago announcing that she’s going to have police on her own personal street because she wants her family to be safe. But good luck to the rest of the city,” Gingrich added. “Well, I think this stuff sinks in at a level of reality that even NBC News can’t cover up.”

As for the Biden-Kamala ticket, Gingrich predicted things will change as more information comes out on their plans. “When people get to know them better, just as happened with George McGovern in 1972, they’re going to say, ‘I don’t think so. I can’t vote for them.’”

Read the entire article here by Joseph Curl at the Daily Wire.