The USA: A Graceless Place?

President Gerald Ford announced on September 8, 1974, his plan to issue a full, free, and absolute pardon to Richard Nixon following the Watergate scandal. Dick Cheney writes, He described his actions as a way to ‘shut and seal’ the matter of Watergate and to mitigate the suffering of Richard Nixon and his family.[i]

The words of the song, America the Beautiful, asks the Almighty to “shed his grace on thee.”

Grace is undeserved kindness. The act of grace results in goodwill to an unworthy recipient. I’m afraid the United States of America is fast becoming a graceless place.

We lack forgiveness today. To forgive means to set free – to not seek repayment or restitution. For the religious person it means, “I will not take responsibility for punishing the wrongdoer. I will leave room for God.”

Marriages, families, companies, schools, and countries work best with an atmosphere of grace coupled with an attitude of forgiveness.

Sadly, a vengeful spirit exists. A person can benefit society for years. Yet when one wrong act or statement surfaces from sometimes years earlier, the bandwagon loads up to vilify and reject the individual. 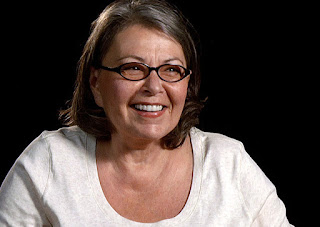 Regardless of Roseanne Barr’s highly successful career, including bringing the highest-watched sitcom of 2018 to television, one foolish tweet evoked an immediate firestorm. ABC cut her off and canceled the show.  Forget that she brought laughter and temporary happiness to millions of people. One wrong tweet and boom. (Click here to see why Roseanne wanted a black grandchild on the show.)

Comedian and author Torry Martin recently shared on facebook, "How is it that Don Lemon ,Maxine Waters, CNN,MSNBC and a slew of liberal left wing media and political personalities say such purposely, hateful, divisive and intentionally RACIST things and go unpunished by their networks BUT Roseanne makes one Tweet about Valerie Jarrett and ABC immediately cancels her tv show, she goes on an apology tour to every media outlet that would have her all to no avail and then lost her entire career ? Yes, Roseanne’s comment by the way was indeed in very poor taste but comparing her one comment which was accused of being racist to the slew of hate-filled extremely racist comments made repeatedly by the left for the last week against Kanye West is like comparing a faucet that dripped o a full blown firehose and yet it all goes without any sort of apology or correction for those media personalities? The double standard hypocrisy of the left has never been more obvious in my opinion."


And Joy Behar of The View mocks Christians who believe Jesus talks to them – a belief held my many evangelicals – as mentally sick.

Imagine the hysteria a few years ago if Sean Hannity or Newt Gingrich acted to President Obama the way the liberal media acts toward Donald Trump. Or if Jon Voight or Mike Pence said transgender people experience mental illness. 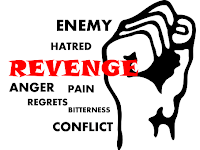 Why the double standard? It is normal behavior for someone with leftist ideology to say anything they want about a conservative. But if a conservative makes a foul statement or disagrees with left-wing values, the leftist media goes berserk.

Showing grace to those with whom you disagree ideologically is not a leftist value. Just ask Communist Russia or Nazi Germany.

Recent weeks revealed Rep. Maxine Waters encouraged violence to members of President Trumps cabinet. Sen. Cory Booker told people to get up in the face of Congressmen with whom you disagree. Sen. Rand Paul's wife released a letter to Sen. Booker after her husband has been attacked and affronted physically recently. The recent fiasco of the Kavanaugh hearing showed the Left unwilling to tolerate an opposing viewpoint.

And Hillary trumpets to the Left to not be civil with Republicans until the Democrats take control.

My parents told me life was not fair. In a rights-driven society, they instilled in me a valuable lesson. When I face ideologies different from my own, cruel circumstances, or unjust treatment, wisdom often responds by simply dealing with it quietly and quickly moving forward.

When a person like Bill Cosby repeatedly raped women, it is wise and good to bring legal ramifications. However, as my mother recently shared, “When someone made a bad choice in life decades ago and since then lived a wholesome, productive life, I don’t think bringing it up publicly and ruining their family, career, and reputation solves anything. Some things need to be dealt with privately and left in the past.”

Sometimes empowerment comes by leaving matters in God's hands instead of seeking revenge.

However, with any swing of the pendulum comes imbalance.

In the 1950’s, Senator Joseph McCarthy led a clamorous campaign against supposed Communists in our country. A vindictive spirit emerged, resulting in the blacklisting and firing of many of the accused, though no credible evidence surfaced. 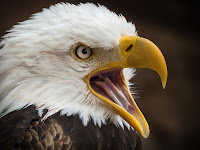 I’ve served in numerous leadership positions for three decades. How frightening to think one person who disliked me could emerge from the shadows and fabricate any lie about my character. Given the present temperature of our culture, solid evidence or multiple witnesses would not be required.  The accusation would suffice to make me guilty in the eyes of many people.


Before God will shed His grace on our country, perhaps we need to shed grace on each other, thus crowning our good with brotherhood from sea to shining sea.

Images used by permission from Pixabay.