Hillary Moves in the Riot Direction 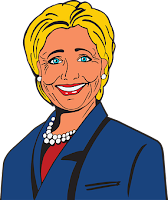 If you're looking for respect from the Democratic Party, Hillary Clinton says you've come to the wrong place. In a damaging sit-down with CNN, the former First Lady didn't do the Left any favors when she insisted that liberals should only act decently when they're winning. (Something her interview may have just put on hold indefinitely.)

"You cannot be civil with a political party that wants to destroy what you stand for, what you care about," Clinton said to the gasps of plenty in her own party. "That's why I believe, if we are fortunate enough to win back the House and/or the Senate, that's when civility can start again." But given what we've seen over the last two years I don't think the Left is even capable of civility at this point! We've seen leftists call for the assassination of the president, Brett Kavanaugh,and issued death threats to Senate Republicans. And instead of condemning the aggression, one of the faces of the Democratic Party is encouraging more of it. 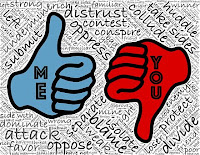 "Seriously, Hillary?" tweeted House Whip Steve Scalise (R-La.), who barely survived a shooting that was inspired by the kind of hostility Hillary is advocating. There is absolutely no place, Scalise has said, "for violence or threats in our political discourse." But as far as Clinton is concerned, these shootings, flash mobs, arrests, and threats are the price of controlling Congress.

Read the entire article here at the FRC.

Also, here is a great commentary by Rep. Steve Scalise, who was shot by a deranged Bernie Sanders supporter while playing baseball with some Republican Congressman this year.

"As the oldest democracy, our country has long been heralded as the freest country in the world. It doesn’t feel so free if anyone lives in fear for holding or expressing a differing opinion.

Let’s end this violence and return to civility before someone else gets hurt."