Do Not Surrender, and Do Not Pivot! 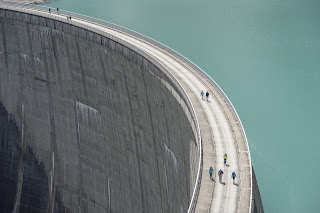 This legislation would massively change our moral landscape and silence people of faith who do not agree with the secular values of the Left. But more than muzzling us, they want to force us to pivot—to change direction—instead of trusting God and standing on His Word. If we begin compromising on basic Biblical truths, it will lead to the end of Christianity in this country. We cannot surrender on our watch. We must not remain silent.


The Apostle Paul faced significant opposition and criticism while he ministered in the city of Corinth. The resistance could not stop him, however, and he continued sharing the Word of God. The Bible says many Corinthians heard the Gospel, believed, and were baptized. During that time, the Lord spoke to him, saying, “Do not be afraid, but go on speaking and do not be silent, for I am with you” (Acts 18:9–10, ESV).

In difficult days, we must remember God promised He would always be with His people—those who believe in Him, according to the Scriptures, repent of their sins, receive Him into their lives, and follow Him in obedience. As our country continues to turn further away from God and the Bible, followers of Jesus must work to preserve His truth for future generations.

Email ThisBlogThis!Share to TwitterShare to FacebookShare to Pinterest
Labels: BGEA Letters, Conservative Thoughts, Hope for the United States of America, Religious Liberty, The Church in the United States, The Cultural Mandate