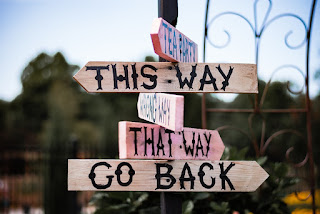 Rev. Franklin Graham warns, “Madness is sweeping our country. I am referring to the ever-widening spread of what has been dubbed cancel culture, the suppression and intolerance of people whose viewpoints differ from what our godless society has deemed fitting and appropriate. Not surprisingly, the overwhelmingly left-wing cancel culture has aimed its most vicious verbal darts squarely at Christians who hold a Biblical worldview founded on the authority of God’s uncompromising Word.”

Here's one recent example. A private, Episcopal, New York K-12 school released a 12-page “inclusive language” guide, recommending students stop using such potentially-insensitive terms like “mom,” “dad,” “parents,” and “traditional family.” Teachers likewise are not to address students as “boys and girls” or “ladies and gentlemen,” but instead “friends,” “readers,” or “mathematicians.”

Yet another case in the downward spiral of abandoning reason, logic, and truth for feelings, irrationality, and the intolerant “woke” Left.

General Michael Flynn writes in his recent article, 5 Lessons I Learned when the Deep State Came after Me and My Family, “There is a reason why the forces of darkness are trying so hard to eradicate the family as we know it. They see how powerful the bond of family can be, so they want to redefine it, water it down and replace it with a dependency on the state. . . . Do not think of the fight to protect our families as distinct from our fight to save America. The fight to protect the family is the cornerstone of our fight to save America.” 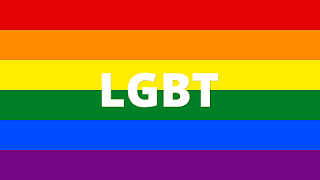 As I write, the House of Representatives recently passed, by a narrow margin, a dangerous piece of legislation called The Equality Act. The name deceives. For decades, the outer-fringe proponents of the sexual revolution said, “Please just accept non-traditional forms of sexual choices and we can all get along.” What we see today is the “get along” means submit to an alternative way of thinking. Don’t even dare admit you agree with the view of sexuality held by most of history and every major world religion prior to the last few decades.


Scott Powell shares, “The Equality Act would override our Constitution and tear down a number of norms that are essential for the majority of our society and its institutions to function reasonably well. Fundamental First Amendment rights, such as the rights of free speech and individual conscience that have been the cornerstone and bedrock of our country and its people, would be overridden and forced underground with the passage of the Equality Act”(The Equality Act: The Next Step for the Cancel Culture?).

Just a few of the implications of this act: the government could force their positions of sexual orientation and gender identity on schools, churches, and healthcare organizations, threatening freedom of speech in everyday communication. Schools could be forced to teach that sex is not established by biology but a person’s choice. People would be forced to pretend some biological males are actually females.

Religious organizations could be stripped of their right to hire people who share their faith and values. Colleges and universities could lose their accreditation – and students not allowed to receive federal grants and loans – to schools that do not submit to the new “collective identity.” Medical professionals and hospitals could be forced to deliver treatments with which they fundamentally disagree – and hold back wisdom and advice they actually do believe. And, anyone or group who does not submit could be punished by the new Leftist government. (Remember Star Trek’s the Borg? “Resistance is futile.”)

Our Founders built “the structures and functioning of government on natural law. Law used to be thought of as a civilizing force to protect society. Now with society becoming increasingly unmoored from its moral heritage, new laws have focused more on new-found minority rights and less on protective obligations to the majority. And it seems with this unmooring, the legislative and legal agenda has been more driven by emotional appeal and experimentation than in circumspection more common in prior times. . . . As a result, if laws like the Equality Act come into being, they create uncertainty and unrest by undercutting long-held fundamental norms. What should also be clear is that when law requires the transformation of the peoples’ moral norms, it brings on mass confusion and social psychological dysphoria, which weakens society and even erodes the underpinnings of civilized behavior. Cancel culture has already done enough harm.” 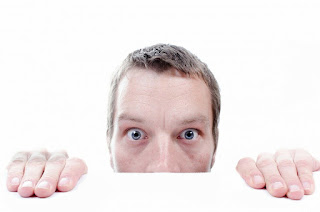 We live in dangerous days with alarming ideas and hazardous leaders.

Again, Flynn writes, “America needs fighters today. We need those who will say as President Andrew Jackson did, ‘I was born for a storm, and a calm does not suit me.’

We need those who will stand against failed Marxist ideologies that have invaded the mainstream of our consciousness like a network of choking vines seeking to strangle the mighty American oak tree.”