"Now is the time to fight harder than before"

We are living in a full-frontal assault on the core of our nation. If the Left wins this attack, it will likely be the landmark beginning of the end for liberty and the City on a Hill envisioned by our Founding and early Fathers.

As I prayed today, this Scripture churned in my spirit from Joshua 24:5-7

Eric Metaxas said last week on the weekly Pray.Vote.Stand virtual prayer meeting with the Family Research Council that we may be at a Red Sea moment in the life of the church in America (and really much of the world – Christians in many parts of the world are eagerly watching and praying to see what happens with this election – because they understand if Biden and the Left win they will be enemies of the church, freedom, religious liberty, free speech, etc.).

And yes, they are our enemies. As Dr. Albert Mohler, President of the Southern Baptist Seminary, has said, people like Biden, Harris, and their lot have made it clear what they will do in these matters. It’s like they have declared war on traditional values and religious liberty – and told us their game plan ahead of time. That’s why ignorance and naivety is no excuse anymore in this battle.

The Scripture says here when they were up against the Red Sea, hemmed in and trapped, they “cried out to the Lord,” and He answered by doing something completely unexpected.

Here are some cold, hard facts:

·      For years there has been a terribly organized movement we now call the Deep State pulling strings behind the scenes and moving America incrementally toward a globalist government instead of American Exceptionalism.

·      The Democratic Party is now the party of Leftism – not liberalism. Their platform is blatantly anti-biblical values, anti-liberty, and anti-traditional values.

The Left, as personified in recent years by figures like Barak Obama, Hillary Clinton, and Joe Biden, follow the Saul Alinsky playbook when it comes to politics and social engineering. They use rampant deception, including massive criminal activity, to get what they want. They masterfully play a “look at my right hand while my left hand does something else” game with the American people.

·      The Left pretends to be the champions of minorities, while in reality using them to prop Democratic leaders up in power.

·      The media (including much of Fox News) is in the back pocket of the Leftist elite.

·      The Chinese government is strategizing to dominate the world, and they have deep ties into the Leftist movement in America.

·      The organized Deep State and Leftist movement manipulated – and likely planned for years – the takeover of our election process. This came to a head election night 2020 when massive corruption and widespread deception was used to steal the election from the true winner – Donald Trump.

·      The immediate days we are living in may be a Red Sea moment – or it may be Custer’s Last Stand – for liberty in America.

The Prophets are Speaking

The prophets are speaking. The church is praying. The enemy is deceiving masses – I hope not you. They thought their plan was air-tight, and election night 2020 would seal the Left’s hold on America. They would be able to pack the Supreme Court, rewrite American law, and forever altar this nation – and hand it over to the socialists, the Chinese, and other enemies of our country. But it appears that their plan has been exposed. (Listen to Dutch Sheet’s 7-minute
prayer time near the end of this post.)

For months, I’ve been praying for the Lord to expose deception on a wide, massive scale – so much so that not even the lamestream media will be able to deny the corruption.

Remember, even when it looks like Jadis has won and Narnia is forever frozen, it very well may be that Aslan is on the move!

The following is a collection of the best things to come across my desk in the last few days divided into four sections:

State by State Examples, and

If you don’t look at any other articles or videos here, please look at the following three:

Of Course this Election Was Stolen by Wayne Root

The Judgments of the Lord | Give Him 15: Daily Prayer with Dutch Sheets Day 3

Of Course this Election Was Stolen by Wayne Root

“This election was stolen. I don't need the media, Democrats, RINOs, never-Trumpers or the attorney general of the United States to agree with me. They are all compromised, in on the scam, blind, deaf or really dumb.

This election was stolen. There isn't even a question. I'll use my sports gaming knowledge to explain.”

However, at this point in our nation’s historical narrative the “perfect storm” threatens ALL THREE of these safeguards of our Republic. And my disconcerting observation is that many prance and dance around with a Pollyannish attitude denying the reality of our current situation. The prevailing cultural concern is as absurd as the attitude of one busily rearranging the deck chairs on the sinking Titanic!

The ”Perfect Storm” in Russia’s history resulted in the totalitarian reign of Stalin’s terror. Such is the conclusion of Russia’s first free election.

What will YOU do regarding the “Perfect Storm” in which our Republic is now struggling?

A Worst (Suit)case Scenario for Fraud by Tony Perkins

But frankly, America's misgivings shouldn't surprise anyone. Voters saw how Democrats abused the process in the name of COVID, how they twisted and changed election laws without legislatures' consent. Trust in the system was at a record low well before Election Day. There was a time, the president told the crowd Saturday night, when "I used to say, 'Without borders, we don't have a country.' I can also say that without an honest voting system, without an electoral process that's honest and fair, we don't have a country either." Which is why, the president said, "Now is not the time to retreat. Now is the time to fight harder than before."

The Election Was Totally Rigged from OANN

“Watch this video by Eric Metaxas as he explains the ownership of Dominion Voting Machines and read the points below that help explain and lay out this ownership. We included some brief notes and prayer points below the video.”

WATCH: Video Deleted From Chinese Social Media of Professor Saying China “Has People at the Top of America’s Core Inner Circle of Power and Influence” from Gateway Pundit

A Socialist Agenda is Underway – from Crossover

The Senate Is within Peach for GOP by Tony Perkins

If both Democrats are elected, their dangerous ideologies that won't just hurt Georgia -- but our entire country. As the president said, "You have to get out, you have to vote... [and] you must vote for David Perdue and Kelly Loeffler. With your help, we are going to continue our mission to save America."

“In a series of shocking revelations centering around the testimony of poll watchers and others, a computer expert showed how an algorithm built into the Dominion Voting System increased every vote for Joe Biden by 30%, making each vote counted 1.3 votes, while it devalued every vote for the president by 30%, making it count for 0.7 a vote.

To the gasps and expressions of anger of those in the room, another witness described how tens of thousands of ballots with signatures that clearly did not match were routinely passed through the system—despite her demands that it be explained.”

100% Certainty It Was Rigged!! – Interview with Patrick Byrne, entrepreneur who started Overstock.com

(here’s an excerpt) America is absolutely divided in terms of ideology and a vision for the future in the 21st Century. One America, the “Trump America” embraces the Constitution, the Bible, traditional family, work, saving, and being an American. The other America, globalist America is a combination of the Ruling elite, academia, and a fabricated mass that is lost in the fantasies of global climate change, one world government, socialism, and diversity. The 2020 election pitted one group another head on.”

The factors that should have predicted the outcome are:

1.      Trump kept his basic promises, and resulted in his vote total rising by eleven million from 2016.  The economy has been the best in modern history before the introduction of COVID.  Trump had reduced overseas military commitments while not beginning one new military adventure.  Trumps’ tariffs on China were working.  Trump had been the first President to visit North Korea for the purpose of de-nuclearizing the Korean Peninsula.

4.      The Republicans gained seats in Congress and gained majorities in the legislature of three new states, while retaining all of their state house majorities.

5.      Trump’s vote in both the black and Latino community rose substantially.

6.      Trump’s campaign of massive rallies was successful and painted a clear picture of his popularity, especially when compared to Biden’s “in-the-basement” campaign.

7.      On election night, by ten o’clock Central, it appeared the President would be re-elected with room to spare.

And then the unthinkable happened.  First, FOX called Arizona for Biden when it had few returns, and Trump was leading.  Then vote counting stopped in Pennsylvania, Michigan, Wisconsin, Georgia, North Carolina, Arizona and Nevada.  And the nightmare that was to become the 2020 election began.

It did not take long for investigations into election irregularities to turn into full fledged investigations of voter fraud.  Fortunately for President Trump and the United States two very respected attorneys, Rudy Giuliani and Sydney Powell began to gather evidence, and people with first hand knowledge of voter fraud on a massive scale came forward by the hundreds.  Video cameras, and other technical evidence began to surface.  By December 6th 70% of Trump’s 74 million voters believe the election was stolen.

The main stream media, the enemy of the people, that has been hostile to Donald Trump from the first moment of his candidacy in 2015, blacked out all information concerning revealed evidence of election corruption.  They immediately called for Trump to concede, and kept up the pressure.

And so, as we start the last week before December 14th, the date when the Electoral College is scheduled to meet, the Presidential election is still unresolved.  One thing seems certain, which ever way it goes, the nation is divided without possibility of rapid reconciliation.

The Judgment of the Lord: Daily Prayer with Pastor Dutch Sheets: Day 31

And, finally, one of my (Rhett’s) long-time friends, an evangelist for 40+ years, sent this to me last week after his trip to Washington, D.C.:

“Like Nehemiah in Bible I went, I saw, I prayed but mostly did SPIRITUAL WARFARE FOR SOUL NATION. I was fully aware WHITE ANGLO SAXON PATRIOTIC MALE FIRST TARGET TO GET RID OF AS I DROVE & PRAYER WALKED STREETS OUR NATION'S CAPITOL. MInistering in Salem for over 40 years great preparation for what I saw. Thanks to Michael & 10K Angels for their assistance+++

Had go through 4 guards to reach inner door Museum of the Bible. Guards everywhere. Holocaust Museum circled by guards. I was only car on street passing demonstrators & 100's posters CALLING OVERTHROW US GOVERNMENT. 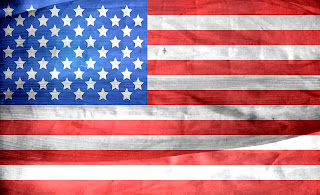 ALINSKY DEDICATED HIS BOOK TO LUCIFER. LOOK IT UP, THEN GET YOUR HEAD OUT OF SAND & TAKE STAND FOR AMERICA!!! SHOCKING NUMBERS CHRISTIANS WHO DONT CARE & WON'T STAND UP FOR TRUTH.

Don’t be deceived. Liberty is at stake.

There’s too much at stake to not tell the truth.