"Do not believe every spirit, but test the spirits to see whether they are from God, because many false prophets have gone out into the world" (1 John 4:1).

Deception runs rampant in America - and in our national media. As believers in Christ, we are the watchmen for the society - the ones to watch, pray, and listen - and practice discernment. And to sound the alarm when we see the enemy approaching! 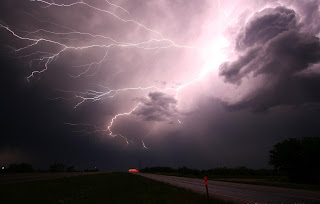 A personal friend who has ministered in New England for decades visited Washington, D.C., over Thanksgiving week. He shared, Under strict Covid-19 restrictions in DC, I was able, like Nehemiah, go right to center all this spiritual warfare & bind the Enemy. The area around the White House looked like a war zone. The anarchists' literature told me their purpose was to 'take back America from the Totalitarian Christians, who think America belongs to them.' " He also emailed me about how witches and warlocks have been casting spells and pronouncing curses against the Trump legal team. Thus, we need to pray!

Did you know that "one of the leading national LGBT activist organizations is urging presumptive President-elect Joe Biden and his administration to advance policies that would strip Christian colleges that uphold rules and stances that oppose homosexuality of their accreditation?" As many Christian leaders have been warning (though not enough!), a Biden-Harris White House could mean the marked beginning of persecution in America for the Christian church. See the article by Jackson Elliott here. (The school pictured is my Alma Mater, the Southern Baptist Theological Seminary in Louisville, KY.)

“The 2020 election was stolen because leftists were able to exploit the coronavirus pandemic to weaken, alter, and eliminate laws that were put in place over the course of decades to preserve the integrity of the ballot box. But just as importantly, it was stolen because those same leftists had a thoroughly-crafted plan, and because they were rigorous in its implementation and ruthless in its execution." Read about it here in my article, The Greatest Election Fraud.

Did you know the house is on fire in the United States? Read my following two articles for more: Christians: Engage Politics and the Public Square and  Why Evangelicals Support President Trump.

"What is happening in our country right now - ultimately it is a test for the church. . . . Those who are believers are called to a standard of justice. When we see injustice, it should make us angry. It should make us want to act, to do something about it. The Lord is testing our mettle as the church and asking us to pray," said Eric Metaxas tonight on the weekly virtual prayer meeting for our country hosted by Tony Perkins of the Family Research Council. He went on to say, "We know the Lord of Hosts can do anything. He parted the Red Sea . . . this is a Red Sea moment, and I think God is asking the church to pray for a miracle. . . . As the church sometimes we get our theology wrong and say, 'Let's let it go . . . let's be nice.' In the United States of America, to have a whiff of this type of corruption is horrific." Participate in the online prayer meeting here.

The following are the best articles and videos I've seen lately to help discern the times:

African-American Michael Lewis gives an overview of the well-planned organized crime of the recent election in his podcast Eye Opener.

“The fraud was executed by many means, but the most fundamentally troubling, insidious, and egregious is the systemic adaptation of old-fashioned ‘ballot-stuffing,'” Powell’s suit alleged. “It has now been amplified and rendered virtually invisible by computer software created and run by domestic and foreign actors for that very purpose." Read about it in

2020 Election May be the "Biggest Presidential Theft" Since 1824

Michelle Malkin explores how the voter fraud was done

Clay Howerton discusses the core principle that integrity is vital, particularly in elections.

Here's a wise adage - assume the Left lies, and you will discover the truth. Read the article of the same name by Dennis Prager here.

Hey, want some good news? View this excellent video, highlighting how the Billy Graham Evangelistic Association has shared the Gospel of Jesus Christ and met human needs in the wake of an unprecedented year of pandemic: Ready for the Opportunity.

Finally, since I was in college, Pastor Dutch Sheets has been one of my favorite teachers on intercessory prayer. His book How God Can Use Your Prayers to Move Heaven and Earth is excellent. Currently, he does a podcast, leading in prayer for the USA for 15 minutes daily. View one edition here.

“The world cannot hate you, but it hates me because I testify about it that its works are evil.”

Don't be deceived friends. Liberty is at stake.

For faith, family, and freedom ~