Theological Liberalism in the SBC?

I attended a liberal religious college.

Though a fourth-generation Southern Baptist and grandson of an SBC pastor, a scholarship and my best friend convinced me to go to a school associated with the Presbyterian Church in the United States of America PC(USA). The previous summer, at a Jericho Missions Conference at Glorieta Conference Center, I sensed a calling to pursue vocational ministry, and I entered my collegiate studies with that intent.

It did not take long to realize that, theologically, I was not in Kansas anymore.

During freshman Bible, the Old Testament professor, a long-time Presbyterian pastor, taught us the Red Sea was actually only two feet deep, three different Isaiahs wrote the prophetic book, and Moses did not write the Pentateuch, explaining the JEPD theory – that it was actually written by many people over a vast period of time. The New Testament teacher, an Episcopal priest, taught the book of Revelation was a symbolic commentary on first century Rome. I sat in the back of those classrooms as a 19-year old saying, “What in the world? I know that’s not right, but I don’t know how to defend it.” 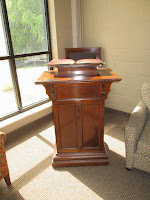 My second year, moving into a Christian Education major, I learned the lead professor was a universalist. He wrote a book explaining how evangelicals like Bill Bright of Campus Crusade for Christ had the most uneducated view of salvation, actually believing that people who died without Christ were separated from God in a literal place called hell.

Around the same time our school choir sang at a large PC(USA) church in Atlanta. During the service, the pastor mocked the idea of conversion salvation associated with evangelist Billy Graham. I later talked with my choir director about it, and he suggested we meet with the chairman of the religion department, who years earlier was brought before his local denominational hierarchy on charges of heresy.

During our meeting, this senior professor explained from John 3:16 how God chose to save the entire world, and every human experiences salvation. I challenged him to read vs. 18, “Whoever believes in Him is not condemned, but whoever does not believe is condemned already, because he has not believed in the name of the Son of God” (NKJV). When this twenty-year old told him the Bible clearly says anyone who rejects Christ will be condemned, he had no answer and blankly stared as if to say, “You ignorant Southern Baptist.” Later that year I switched to an English major.

My home church stood solidly in the tradition of biblical, Christian orthodoxy. We believed the Bible was the Word of God – it did not just contain God’s words nor man’s good ideas, we invited people to repent of their sins and invite Jesus Christ into their lives to become their Lord and Savior, we embraced traditional marriage and gender, and we welcomed Jesus’ Great Commandment and Great Commission as marching orders.

Though I had no historical-theological perspective at the time, the PC(USA) denomination, like most American mainline ones, was undergoing a major, seismic theological shift from orthodoxy, to neo-orthodoxy (a fancy way of saying liberalism), to the current state of Leftism. The key to this shift, heavily influenced by the theory of higher criticism of the Scriptures, boiled down to one succinct idea to accept or reject: the authority of the Bible.

Liberal German theologians like Albert Schweitzer and Rudolf Bultmann led the way to question the veracity of the Scriptures, asking the same question as did the serpent in the Garden of Eden: “Did God really say that?”  Bultmann “argued that the New Testament presents a mythological worldview that modern men and women simply cannot accept as real. The virgin birth is simply a part of this mythological structure and Bultmann urged his program of ‘demythologization’ in order to construct a faith liberated from miracles and all vestiges of the supernatural. Jesus was reduced to an enlightened teacher and existentialist model.”[i]

In the first half of the twentieth-century, this divide led American Christianity into different camps: liberals who rejected the Bible’s authority and fundamentalists and evangelicals who believed in the inerrancy and infallibility of the Scriptures but embraced different paths to social engagement.

The southern Presbyterian school I attended in the early 1990’s included a rich spiritual-biblical-theological heritage dating back into the 1800’s. However, by the latter part of the 1900’s they, like their denomination, were embracing universalism, the theory of evolution, rejecting a traditional view of marriage, and distancing itself from the basic belief system held by most fundamentalist and evangelical Christians. They were kind and good in many ways, but they embraced the growing tendency of American religious groups to dismiss historical Christian orthodoxy. 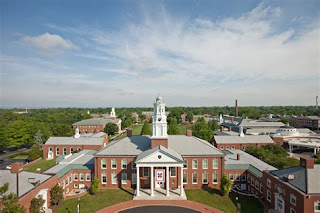 When it came time to choose a seminary, I had one criteria: they must believe in the inerrancy of the Bible. I heard of the strong stand Dr. Albert Mohler, the young seminary President of the Southern Baptist Theological Seminary, was taking on the Bible’s authority, and I packed up my 1979 Buick Regal and headed to Louisville for three years. How refreshing to attend a school that embraced a biblical worldview. Years later, I completed my doctoral work at another evangelical school, Gordon Conwell Theological Seminary, which also adheres to biblical inerrancy.

Fast-forward a quarter of a century. Mainline denominations like the PC(USA), The United Methodist Church, and The Episcopal Church, including some smaller groups like the Cooperative Baptist Fellowship, have jettisoned traditional teaching, many fully affirming the LGBTQ movement, performing same-sex ceremonies, rejecting conversion theology, and offering question marks instead of absolutes. As Mohler writes, “This is the inevitable result of the abandonment of the full truthfulness and authority of Scripture. . . .  This is what happens when autonomy trumps biblical authority. ”[ii] 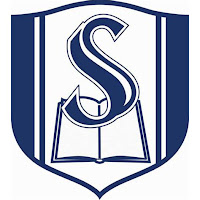 How shocking for me in the past year to hear numerous accusations, many coming from young pastors and theologues with blogs, claiming the SBC is becoming “liberal.” I’ve read statements that men like Danny Akin, Albert Mohler, Thom Rainer, and other notable SBC statesmen are “liberals.”

After the shock wears off and I stop chuckling, I want to say to these accusers, “Let’s get some perspective.” Sometimes labels depend on your context and comparisons.

I went to college under theological liberals.  Many and most professors at mainline denominational seminaries – and most publicly-funded colleges and universities - are liberals or Leftists. They do not believe the Bible is God-breathed. They do not believe Jesus is necessary for salvation. They do not call people to repent and be born again. They do not teach personal holiness, how to walk in a Spirit-filled life, or the  Second Coming of Jesus Christ. They embrace the social justice movement and reject any traditional view of marriage or gender as definitive.

Liberals do not lead the Southern Baptist Convention today. Men and women fought that battle years ago. If you don’t know our history, I encourage you to read Jerry Sutton’s The Baptist Reformation or Paul Pressler’s A Hill on Which to Die for historical perspective.  Without that movement, today’s SBC would resemble other mainline denominations. Billy Baptist would leave his Baptist church and go to a Baptist college where he, too, would be taught the crossing of the Red Sea amounted to two feet of water, Jesus may not have been born of a virgin nor raised from the dead, and yes, it actually may have been Adam and Steve – not Adam and Eve.

But thank God, we are not there. Yes, Johnny Hunt may have a different understanding of soteriology than Tom Nettles. First Baptist Jacksonville, Florida, may approach evangelism differently than Capitol Hill Baptist Church in D.C. Women may teach men in Sunday School or serve as music and worship leaders at one rural church in Fort Payne, Alabama, and not allowed to in another in Benton Harbor, Michigan. A professor at SEBTS may be a premillennialist and one at SBTS a postmillennialist. One SBC pastor learns from Chuck Swindoll, Charles Stanley, and Tony Evans while another listens to John MacArthur, R.C. Sproul, and Alistair Begg. A Tennessee SBC church appreciates a Sandy Creek revivalism heritage while a Virginia one embraces the Charlestonian Baptist stream. A SBC pastor joins The Founders Ministry while another links arms with the Conservative Baptist Network. Churches may disagree over various issues of polity and practice. We have different ideas about how to respond to racial issues, Critical Race Theory, Donald Trump, or Joe Biden - but the people who lead our denominational entities, teach at our seminaries, and serve as trustees in our institutions are no theological liberals.

[i] Albert Mohler, Can A Christian Deny the Virgin Birth? https://albertmohler.com/2008/12/23/can-a-christian-deny-the-virgin-birth

[ii] Albert Mohler, All Other Ground is Sinking Sand: A Portrait of Theological Disaster. https://albertmohler.com/2018/02/12/ground-sinking-sand-portrait-theological-disaster