What is State-Sanctioned Racism? 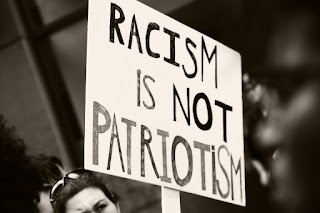 "The current push for state-sanctioned racism in public education is passed off under the idealistic and unrealistic name of Critical Race Theory. This shouldn’t come as too much of a surprise for the simple reason that secularism was inaugurated as America’s official religion by eight U.S. Supreme Court Justices in the mid-20th century. And with that they tore down the American Founders’ Christian bulwark of liberty and autonomy that had been responsible for 350 remarkable years of American history.

For now, America’s meteoric rise is a thing of the past. In Matthew 11:19, Jesus observed that “wisdom is known by her children,” just as a tree is known by its fruits. Whereas true wisdom shows itself in its providential and favorable effects, secularism is recognized by the dark stain it leaves behind in the culture and daily life.

If we won’t put a stop to this, the stain will soon become indelible."

Read the entire article by David Lane here at The American Renewal Project.