When the Lord Speaks Softly

As a child, I often opened my Bible to the Old Testament. I wanted to read the stories of adventure and violence and greatness that weave through its pages. And I would linger where God chose to speak with His people—when His voice manifested to Moses in various ways—the bush, the pillar, on Mount Sinai (Ex. 3:1-6; Ex. 13:21; Ex. 19:18). Then at the foot of the mountain, Moses spoke and “God answered him with thunder” (Ex. 19:19). I’d pause to consider Job, who met God in a whirlwind and from a storm (Job 38:1; Job 40:6).

As an adult, I am drawn to the calmer experiences of God. The stories that bring me comfort are the ones that demonstrate He’s an understanding God—such as when He came to Gideon in a time of war and said He’d deliver Israel. Even after Gideon tested Him over and over with fleece and water, God said, “The Lord is with you, O valiant warrior.” Even so, Gideon responded, “Why then has all this happened to us?” (Judges 6:12-13). I like knowing that I can doubt as much as he did, and that God can have the same amount of patience with me. 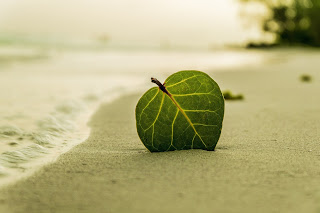 Which brings me to Thomas. Though his fellow disciples had come to him rejoicing and saying, “We have seen the Lord!” Thomas replied, “Unless I see in His hands the imprint of the nails, and put my finger into the place of the nails, and put my hand into His side, I will not believe” (John 20:24-25). But when they were finally together a week later, Jesus greeted the room and then said to Thomas, “Reach here with your finger, and see My hands; and reach here your hand and put it into My side; and do not be unbelieving, but believing” (John 20:26-27). Even though Jesus subsequently corrected him—saying, “Because you have seen Me, have you believed? Blessed are they who did not see, and yet believed” (John 20:29)—I still marvel at the Lord’s empathetic response. He willingly exposed His wounds to Thomas, though He did not need to. I’ve lost count of all the moments over the years when I required more evidence from God. I’ve lost count of how many times I hoped to hear from Him—a simple word of comfort or assurance of His presence—though He appeared to remain silent.