The following is my column in The Clinton Chronicle for Wednesday, January 20, 2021.

America, as the land of the free, may be on life support.

The propaganda is incredulous. The maneuvering better than any legal-thriller novel. The deception rampant. 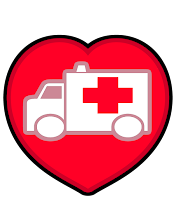 Some Patriots exist, those who love America, understanding her historical greatness and the principles which work for liberty. One of those is Congressman Jeff Duncan. Several years ago, my family and I stood with Jeff on the Speaker’s Balcony at the Capitol Building, enjoying the city’s sites. We prayed with him in the George Washington prayer room. This past week, I’ve been exceptionally proud of his presence in the U.S. House of Representatives.

Before the breaching of the U.S. Capitol on January 6, which was a disgrace to our country – and wreaks of a planned set-up, Jeff was defending our Constitutional rights around 1:20pm: “Illegal ballots should not be counted and, therefore, the resulting electoral votes should be considered invalid. And what bothers me - is that so many of you are ok with that - that so many Americans, because ‘their person’ won, are ok with the manner in which that victory was gained!”

Later that day and the next, he, like every Republican Congressperson, unequivocally condemned the day’s violence: “[D]estructive protests that disrespect law enforcement are never the answer – that’s not how we should express ourselves.”

The events surrounding that week played out like a few chapters of a George Orwell novel. Through a series of lies, the Left immediately began spinning the narrative, like blaming the President and his rally for the very few people who invaded the Capitol Building (compared to the several hundred thousand of peaceful, happy protestors – some from Laurens County).

The next day, more than one video surfaced of Capitol policemen calmly removing barriers, opening doors, and welcoming these “rioters” in – many who walked through in a single file line. Like most acts of  violence, though, a few wackos in the crowd paint a bad picture of everyone. Even Democratic Congressman James Clyborn of South Carolina’s 6th district indicated people on the inside of the Capitol were complicit in getting them inside.

Then, the Left unleashed a tsunami of censorship through politicians and their comrades – the Big Tech 5 companies. Dennis Prager writes, “Like the Nazi regime after the Reichstag fire, the left immediately moved to further curtail civil liberties, specifically conservatives’ ability to promote their ideas. Twitter and Amazon made it impossible for the alternative to Twitter, Parler, to exist, all in the name of preventing another right-wing ‘insurrection.’ ”

Cal Thomas commented, “In another display of the double standard, the two social media giants still allow the Iranian leadership and people associated with the Chinese Communist Party to maintain their accounts.” 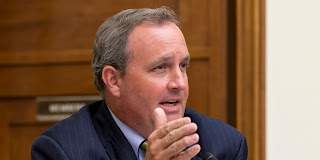 Again, Duncan said, “It’s clear what’s happening. This isn’t about violence, incitement, ‘fact-checking,’ or the big tech employees who define those terms and the degrees of those terms. It is about complete and utter control. It’s about stifling free speech and canceling conservatives. It’s about shutting people up like President Trump and others that disagree with the radical left-wing ideology and its dangers to our Republic.”

Then, Democratic Congressmen foolishly began discussing ousting any Republican who questioned the election’s integrity. Again, Duncan said, “A loud minority have called me seditious and a traitor to my country. They have suggested that I and some of my colleagues should be expelled from Congress for signing two amicus briefs in support of election integrity and for voting to object to electors. These accusations are revolting, politically motivated, and frankly, don’t even make sense. I am following a constitutionally prescribed process as a Member of the House of Representatives that Democrats have utilized the last three times a Republican president has been elected (2000, 2004, 2016).”

A large portion of this country believes the 2020 Presidential Election was a masterfully-organized criminal coup. A recent poll even said 30% of Democrats believe the election included fraud. To stifle the ability of conservatives to speak their mind on the matters will only make matters worse. When someone gags you, it only makes you want to kick and fight.

When I was a boy, a common phrase in American life was, “I may not agree with  you at all, but I will fight for your right to say what you believe.” That idea is a bedrock of American liberty, and it is seldom heard today. Without it, we will go down the road of Marxism and Communism, which leads to death.

The current Democratic-elite leadership may be the most dangerous group to acquire power in recent American history. Joe Biden is already calling for unity. However, unity requires an essential component: truth.