Waiting for the Counterrevolution 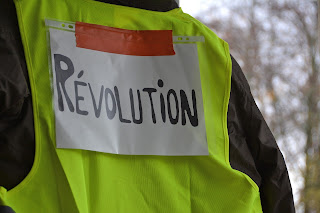 “As the rioting continues, Democrats and the media attempt to blame it all on Trump, and most Americans watch and worry, in silence.

We are in the midst of a revolution, a cultural and racial one, that seeks to refute the past, damn the present, and hijack the future. So far, however, we have only heard from one side, the revolutionaries and their enablers themselves.

Those trying to reject and then reboot America are small as a percentage of the population, but their tactics are diverse, and their frightened abettors and closet appeasers numerous. The result for now is that, as with most cultural revolutions, a tiny percentage of the population seems to be ascending, given that there is no real organized resistance other than isolated and disgusted individuals.

If the rioting and revolution and overt socialism continue, the majority will weigh in, likely from mid September to mid October. . . . We’ll see more fireworks after Labor Day — and a pushback like we haven’t seen since the early Seventies.”

Read the entire article by Victor Hanson here at The National Review.

Picture used by permission from Pixabay.
Posted by Rhett Wilson at 1:56 PM