Something We’ve Never Seen Before

As I write this, the news is abuzz with the FBI raid of President Donald Trump’s home at Mar-a-Lago.

Several people have speculated that the Deep State has now officially crossed the Rubicon – passing the point of no return with irreversible consequences. Julius Caesar did so in A.D. 49, declaring war on the state and beginning a civil war.

Buck Sexton commented, “It almost feels like a preemptive coup… this is meant to prevent Donald Trump from being able to run again… This is the Rubicon being crossed. This is something we’ve never seen before. This is something that is outrageous. And the usage of the FBI in this way is really the nail in the coffin for so many Americans as to whether you can trust the FBI or trust the DOJ. Clearly not on political matters.”

Many Americans have suspected the FBI of widespread corruption for several years in various scenes of political theater like the January 6th events, targeting political opponents, spying on Trump, and the crookedness swirling around Hillary Clinton’s server, The Clinton Foundation, and Hunter Biden’s laptop.

Multiple FBI whistleblowers, including those in senior positions, are raising the alarm about the level of deep corruption. Senator Chuck Grassley is hearing from many people who have come forward with testimony about such deception, spanning multiple election cycles and infecting investigative activity. You can contact his office at (202) 224-3744 or wb_reports@judiciary-rep.senate.gov if you have something to report, and they promise to protect your identity.

Laurens County’s own Congressman Jeff Duncan shared, “The FBI just raided a former President’s home — but failed to ever go to Hillary’s home for the private server, get Hunter’s laptop, or investigate the Clinton Foundation. . . .We have a two-tiered justice system in this country: one for the liberal elites and one for everyone else.

The weaponization and politicization of federal agencies is egregious and scary. These are Gestapo-like tactics. If the FBI can do this to President Trump, what do you think 87,000 new IRS agents will do to the American people? If this happens, the IRS would employ more than the Pentagon, State Department, FBI, and Border Patrol COMBINED. Americans are in a recession, and Democrats want to weaponize the IRS.” 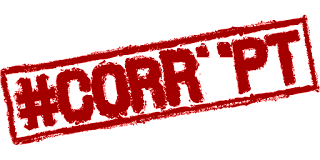 It's impossible for me to not assume the Biden administration, which is Obama 2.0, would intentionally use a gargantuan IRS to bully, intimidate, and investigate political adversaries. That is the bigger issue at hand.


Franklin Graham shared recently, “This is a step in weaponizing the IRS to act against people, organizations, and businesses who have a voice of dissent against government agendas.”

We are living through days of massive corruption in what has become known as the Deep State. And that is why they must stop Trump, because he is standing in their way.

Roger Simon writes, “Call it The Big Panic. Call it something more insidious—the instigation of one-party rule. The Democrats, the Deep State, the Justice Department, the FBI, and all the intelligence agencies, globalists, propagandists of mainstream media, and all adherents of that one-party rule and enemies of republican government, will do anything—anything—to stop Trump from winning the 2024 election.”

I’ve often wondered the past couple of years how long it took the good people in Germany to realize the rumors they kept hearing about atrocities being done in the 1930s were not conspiracy theories. When they finally woke up, the political machine of Hitler’s party had so weaponized the government that good people were silenced into submission.

Margot Cleveland shares, “Against this two-pronged approach to justice, Americans need not lean conservative or support Trump to spot the scandal. And Americans need not care about politics to oppose the politicization of the Justice Department and FBI: They just need to care about the future of the country—one that cannot survive long if such corruption and cronyism continues.”

Dismally but accurately, former Speaker of the House Newt Gingrich writes, “The six-year period of corrupt deep state dishonesty by the FBI, many of the intelligence agencies, the Democrats in Congress, and the fake news media have brought us to the brink of a constitutional crisis. . . .

I think we are wavering between restoring the rule of law and the Constitution and decaying into a third world banana republic system of greed, dishonesty, political power, and law breaking on a grand scale. . . . We are watching the corruption spread through the system like a malevolent cancer eating the structure and fabric of our freedoms.”

May God have mercy on us. And may Gideons and Deborahs arise.