Our five-year-old son developed a habit of lying, and I was determined to stop it!  After numerous attempts at spanking as punishment, I wanted a creative approach to discipline.  Surely there was something I could do to nip this in the bud.

Finally, I devised my plan.  One year earlier, Hendrix became interested in the Star Wars movies.  One of his treasured possessions was my old collection of Star Wars action figures.  He thought they were gold.
I decided that when he lied, he needed to feel pain in an area that mattered to him.  So, the new rule would be that he loses one action figure for every lie told.  One evening when he and I were home alone I initiated what I thought was the perfect tactic of creative discipline.  Hendrix told a lie, and I instructed him to bring me one Star Wars man and meet me in the kitchen.  He listened to my speech about the destructive nature of lies.  Then, I proceeded to heat up the frying pan.  I told my son that what I was about to do to his action figure would illustrate what lies do when they are told.  Hendrix and I watched as Han Solo slowly melted away until all that was left was a puddle of oozing plastic goo.

In my mind I thought, “What a great plan.  The little guy will remember this forever.  This may just break the pattern of lies tonight.  James Dobson and Kevin Leman will probably feature this idea in one of their books.”  I looked up at Hendrix, expecting him to break into uncontrollable sobs, wailing, “Daddy, I will never lie again!  I have learned my lesson!”
Instead, Hendrix, who had not taken his eyes off of the frying pan, flashed his bright eyes at mine and excitedly asked, “Can we do another one, Daddy?”  So much for creative discipline.
A Pancake House
Children catch many of life’s values as we model them in life – not as we plan the perfect lesson with a frying pan.  Several years after the Han Solo incident our family experienced an object lesson in integrity and truth-telling that Hendrix still remembers.    Vacationing in Pigeon Forge, we ate supper at one of the infamous pancake houses.  The restaurant had a large, separate foyer and gift shop where people paid for their meal.  After eating, we left the dining room and waited for several minutes in the unattended foyer.  My children began looking at some pocket knives for sale.  Finally, a manager entered.  He apologized for the delay and said, “Thank you for your honesty.  You have no idea how many people in your situation just leave the store and do not pay.”  Then, seeing Hendrix looking at the pocket knife, he said, “Please, you all may have the pocket knife at no charge.  That is my way of saying thank you for being honest.”
Today, my family still has that knife with “Pigeon Forge” carved on its side.  And occasionally, one of the children will say, “That is the knife the man gave us because we were honest.”  That small knife reminds us of the importance of integrity.
Here are some practical ways we can work at instilling integrity in our children.
Explain what integrity means
Teach children that integrity means to be the same on the inside as you claim to be on the outside.  The word is associated with the testing of metals.  Some rings are gold-plated.  Others are solid gold all the way through.  God wants us to be the real deal.
Read and memorize key verses
During mealtimes or family devotions, review Bible texts about the importance of truth-telling.  Some examples are Proverbs 12:19, Ephesians 4:15 & 25, John 8:44, John 14:6.
Read stories about people of integrity 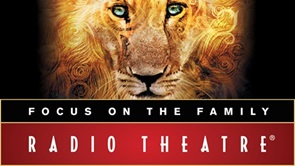 As a family, read age-appropriate books or listen to radio theater stories of people with integrity (Gladys Aylward, Corrie ten Boom, and George Muller for example).  Then discuss lessons from their lives.  Also recommended are William Bennett’s The Children’s Book of Virtues and The Children’s Book of Heroes.  Three excellent sources for high quality radio theater are Lamplighter Theater, Adventures in Odyssey, and Focus on the Family's Radio Theater.   Our family has enjoyed dozens of hours the past several years with fabulous radio theater dramas!
Jesus is in the room
We try to teach our children that we always live in God’s presence.  At times we will say, “I need you to answer me with Jesus standing in the room with us.”
Sour tongue
When children do lie, take a small dab of vinegar and put it on their tongue.  We call this “sour tongue.”  The awful taste reminds them of how lies taste to God.
Model honesty and integrity
No better training exists than Dad and Mom living lives worth replicating before their children.  Those little ones see us day in and day out.  Remember, they catch what we do and say – and what we don’t.
May our children find us to be people of integrity – the real deal on the inside.
Pictures used by permission from Pixabay and Pexels.
Posted by Rhett Wilson at 8:51 PM