Why I Support Ellen Weaver for SC Superintendent of Education

Donald Trump, in my opinion, is the best President we’ve had since Ronald Reagan (in terms of accomplishments that helped our nation). Yet he was completely an outsider to politics. Many people scoffed at a non-politician running. And many people within the system (The Deep State) refused to ever accept him.

Sometimes the best person to help reform a system is someone not directly within that system. That's why I'm supporting Ellen Weaver for the Superintendent of Education in South Carolina.

“We don’t need to be talking about politically-divisive issues in the classroom. . . . We’ve been having the same conversations in education for decades now and nothing seems to change. I believe that it can change.” - Weaver

Being a homeschool family, for years we’ve known there are thousands and thousands of great educators out there who have no degree and no public school classroom experience. With homeschool alone, there are about 3.7 million HS students in the USA, and the last SC stat I saw was more than 30K. That doesn’t include private or charter schools. And homeschool, private, and charter school families will never accept the idea that the public system is superior just because it is bigger. There are some great educators in the government-run system (I’ve known quite a few) and some not-so great ones (known a few of them too!).

I’m deeply impressed with Weaver’s leadership experience and involvement in non-traditional approaches to education. She sees the need to bring a hard focus back to the basics of phonics, literacy, critical thinking, math, and life skills like character education, personal finance, and practical trade classes.

In every state, one of the big looming battles is what to do with Critical Race Theory – and what schools (including elementary ones) will teach about gender identity. The Left will be pushing very hard the next several years on this. Weaver is deeply committed to standing up against these lies and agendas. That is one of the main reasons I believe so many solid, conservative, Christian, principled leaders in SC have supported her. Sometimes a person outside of the system is better prepared to stand up against such ideology.
In their 2022 #1 New York Times Bestseller, Battle for the American Mind, Pete Hegseth and David Goodwin share in scary detail how the Progressive Left, rooted in Marxism, has taken over many of America's institutions, including much of public education. They write, "The Right has long held the right principles, but the Left controls the positions. Changing that is part of the solution."

Some people criticize Weaver because she does not yet have the required Masters Degree, which she plans to complete before November. As a former student who earned a B.A., M.Div., and D.Min., I know that completing a degree in no way guarantees your ability for a position. What it does is simply acknowledge you completed the requirements for certain classes.

I appreciate what Dan Miller writes about education:

"What is education? Is our traditional thinking about getting a degree accurate? The dictionary defines education as 'the process of training and developing the knowledge, skill, mind, and character' of a person. With this definition we can see that education occurs in many ways and certainly is not confined to the traditional classroom." (Dan Miller, 48 Days to the Work You Love Application Guide, 136).

There is a segment of the population that believes a diploma and an education are synonymous. They aren't. I've met plenty of people with degrees from well-respected institutions who floundered because they lacked a real education. I've also met plenty of well-educated people without degrees at all. The letters behind a person's name reflect their degrees; their lives reflect their education. 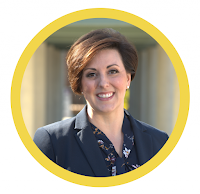 I love the process of learning and have pursued that in multiple ways. Yes, I did go to college and have both a bachelor's and master's degrees in psychology. I completed my doctoral studies but never turned in a dissertation. Instead of creating a document for four old guys to read I wrote a book that a whole lot of people have read . . . and paid for! Today, I write, speak, and coach. Along the way I've owned various businesses and done everything from painting houses to selling cars. Everything I've done has been educational" (50).

Weaver's campaign’s website  and the organization she leads, Palmetto Promise Institute, impress me that Ellen is someone with plenty of experience and education to fill the shoes of this position. She worked closely for 12 years with Senator Jim Demint, and she chairs the Education Oversight Committee. Weaver received more than twenty-six endorsements from conservative, South Carolina lawmakers, including Jeff Duncan, Ralph Norman, and Tim Scott.

That’s enough for me to support her and encourage others to do the same!

I believe one of the next great battlefields for the heart of America will be our local school boards. Parents need to be prepared. Check out FRC Action's School Board Boot Camp here.