For years, I've appreciated the teaching and writing ministry of R. T. Kendall. The following comes from his article in the May 2021 edition of Decision Magazine  . . . 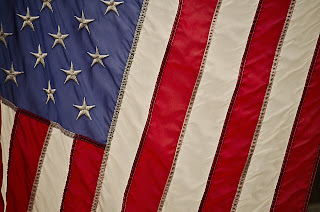 "A difference between Israel and America is that God chose Israel; America chose God. This was clear in the Christian faith of the pilgrims who came to America on the Mayflower in 1620. The Great Awakening in New England (1730-1750) influenced our forefathers in the Declaration of Independence and the U.S. Constitution. Our national anthem, “The Star Spangled Banner,” was written by Francis Scott Key, a God-fearing man. The Supreme Court historically demonstrated reverence for the Ten Commandments. The U.S. Congress and Senate historically opened their sessions with Christian prayer. Prayer and Bible reading in schools was common all over America. That is the America in which I grew up.


Despite her failures, God blessed America from her beginnings and has continued to do so for two centuries. But at some point we began to take God for granted and little by little began to reject Him—made evident by our legalizing abortions for any reason, showing contempt for historic Christian marriage, feeling no shame for our racism and tolerating theological liberalism in American pulpits. The fear of God in America has virtually vanished.

It is scary. Paul speaks of God’s wrath being on those who 'suppress the truth' (Romans 1:18) and, as a consequence, we have this reference three times: 'God gave them up' (Romans 1:24, 26, 28). He merely looked the other way. It has often been said that if the Holy Spirit were completely withdrawn from the church today, 90% of the work of the church would go on as if nothing happened."