Is It Too Late for America?

Over the last century, as American Christendom deserted the public square, Christians essentially turned civil government and “the making, enforcement, and adjudication of laws over to Satan and to those who serve him.” 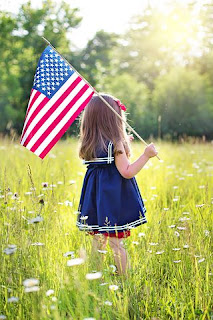 From a Biblical perspective, present-day America is an unmitigated disaster, brought about by secularism’s toxic ideology infiltrating the culture through newsrooms, public education, professional sports, arts and entertainment, diversity-centered government, and Fortune 500’s latest flight of fancy that “profit is secondary to diversity.”

This is guaranteed not to end well, in particular because American Christendom, over the last 100 years, has hidden her light under the bushel and behind the four walls of the church building.

The Church’s recent model of butts, budgets, and buildings is opposite to Jesus’ Kingdom assignment to His disciples in Matthew 16:18, where it says that His ekklesia was to be positioned in the rough and tumble of the public square. Consequently, freedom is now in peril as secularists have altered the values, views, politics, and laws of the people of the United States.

Where do we go from here?

Since politics is downstream from culture, Christians must move Jesus’ ekklesia into the culture. The time for measuring the temperature of American Christendom by market research firms polling, studying and reporting on religious beliefs and behavior of American Christians in all likeliness has passed.

If we are to make it through, Christians must now start influencing the temperature by entering the public square in order to regulate the spiritual climate all over America.

First of all, pastor-led prayer must be reestablished in America’s churches, and secondly, pastors, ministry leaders, and congregants need to campaign and get elected to state, regional, county, municipal, district, and judicial offices across America. All this in keeping with the Kingdom assignment to “occupy until I come,” as Jesus instructs in Luke 19:13.


The spiritual battle to retake the cultural mountains of influence shall be like having a tiger by the tail. By entering the public square, Rahabs and Gideons can demonstrate their love of Christ and their resistance to the destructive plague devastating America. In the words of A.W. Tozer, they would bear witness of their love for “Christ and the souls of men to the point of willingness to die for the glory of the One and the salvation of the other. But they will fear nothing that breathes with mortal breath.”

Read the entire article by David Lane of the American Renewal Project here.