The following article is my editorial this week in The Clinton Chronicle . . .

“Dare to risk public criticism,” said Mary Kay Ash. She should know. A successful businesswoman who broke many molds and took many risks, I’m sure she endured her share of critics. 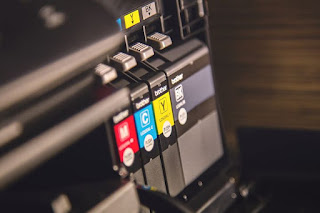 I remember as a young pastor receiving an anonymous letter full of complaints about me and my wife. Most pastors have received a few of those cowardly gems.  The author rebuked me in one line by saying, “You make too many photocopies, which wastes our ink and toner!” Boy, he might as well have said I was lower than a snake’s belly in a wagon rut. My wife and I still laugh, some almost twenty years later, that we may stoop really low one day and waste too much ink and toner.

Dick Cheney’s autobiography In My Time reviews the lives of political figures who have shaped America the past several decades. Cheney rubbed shoulders with many of Washington’s elites.

One lesson was gleaned from observing the leadership of Gerald Ford: some actions are only justified by time.

Cheney shares the surprise he and many Americans experienced when, on September 8, 1974, President Ford issued a full, free, and absolute pardon to Richard Nixon following the Watergate scandal. Cheney writes, “He described his actions as a way to ‘shut and seal’ the matter of Watergate and to mitigate the suffering of Richard Nixon and his family.”

At the time, this action cost Ford – some speculate that it cost him the reelection. There was immediately “a firestorm of controversy and criticism.” Ford’s approval rating dropped from 71% to 49%. The press condemned Ford, and he endured much negative criticism as a result.

However, more than 30 years later, Cheney writes, “[T]he wisdom and generosity of Gerald Ford’s instincts have been recognized for their courage and honored for their rightness. But at the time the pardon was controversial and unpopular.”

Two decades ago, my parents left a church situation that had become toxic. Before they left, she warned some persons of the unwise and ungodly path that the senior pastor was taking. Mom and Dad – and anyone else who questioned the pastor - received an incredible amount of criticism and ostracism for their stance. The staff was even told to not have conversations with them. Several years later, however, after several hundred people and most of the staff left the church, an ex-staff member commented in retrospect, Mrs. Wilson was right.

I’ve tried to remember through the years one simple difference. Reputation and opinion are what people think and say about you based on their limited perspective. Character is what God sees about you from His unlimited perspective when no one else is looking. Sometimes they are the same, sometimes different.

A godly person does not play to the crowd. A wise person does not make judgments based solely on public opinion. Instead, he or she seeks to please the audience of One – the Lord. The book of Proverbs reveals that true wisdom is rooted in the fear of God.

King Saul in the Old Testament lived most of his reign working to make himself look good in front of others. The fruit of his character revealed a pitiful life, not so different than the lives of some Hollywood favorites or political figures that woo the crowds but lead miserable lives of shallow character.

Be willing to make the hard decisions when necessary. God will be pleased, and time will tell.

Pictures used by permission from Pixabay.
Posted by Rhett Wilson at 4:17 PM