Here we go again. In the past several weeks, someone decided Rudolph the Red-Nosed Reindeer, A Charlie Brown Thanksgiving, and the song Baby, It's Cold Outside all wreak of offense. 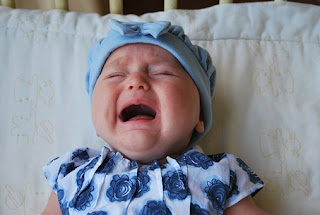 Just a few years ago in our society, such implications would have been laughable. Silly. Immature. But the "grow up and be mature" culture is systematically being transformed into a "I need a safe space" one.

Now Charlie Brown is racist. At the popcorn Thanksgiving meal, they audaciously sat Franklin, the black kid, on the opposite side of the table and gave him a deplorable lawn chair. Oh, the horror. How have black children for decades been able to be victimized by watching such atrocities?

What they failed to say is that, in opposition to the producers, Charles Schulz insisted the Franklin character be in Peanuts. He intentionally wanted the gang to have a black friend who was one of them. Schulz drew the line and said if there is no Franklin, there is no deal.

I read this anonymous post reposted on a friend's social media site this week:

"If you're offended by 'Baby It's Cold Outside' you're going to have a tough go of it in life. And so are your kids.

First, you are completely ignoring the fact that the song is 74 years old--when women were ladies and men were gentlemen.

Her 'protest' was typical of a way a lady would speak to a man instead of just downing some drinks and hopping into bed with him. 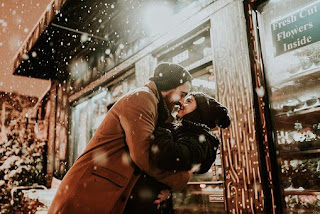 No one seems offended by that, but you hear that 'rap' on the radio ALL YEAR LONG. Men actually had to court women back in those days, a subtle dance that for both men and women no longer exists. Sad but true.

Secondly, 'what's in this drink?' does not imply that she was roofied, or at least it didn't in 1944. Get a grip! She's obviously deflecting her indecision toward her drink, which again, came with the times. She was not being drugged. (Should we stop watching The Wizard of Oz because when they fall asleep in the poppy fields that means Dorothy is on heroin?)"

The Left in America thrives off of labeling and division. The Left has repeatedly taught us to become a "culture of offense." They have taught us to feel excluded, victimized, and mistreated.

Does saying "Merry Christmas" exclude non-Christians? Read here what one Jewish American says in his article, Most Jews Wish You a Merry Christmas.

As I wrote in my article, The USA: A Graceless Place, we lack grace in our society. We lack forgiveness. The availability of the internet and social media hastens a short fuse and an inflated sense of self-importance. 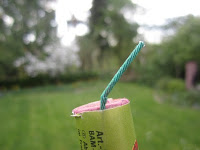 We lack margin. You know margin - the space in a book around the words on the page? We don't want to read a page filled only with words. We enjoy reading pages with good margins.

We need to step back and learn to take a big chill pill.

Being offended is a part of life. Yes, it is.

It offends me when I hear rap music filled with profanity, sexual subjects, and demeaning words towards women blaring from another car at a gas station.

I was offended when the White House lit up in the rainbow colors of the LGBT movement the day the Supreme Court overstepped their legal bounds, defied the legal bounds of the American system, and decided to redefine marriage.

I was offended yesterday when the Walmart clerk as the photo center overlooked me and helped another person.

You know what? Being offended is a part of life. I do not live in a world where I can control my environment to make it completely safe for me. That is what heaven is for. And maybe Dollywood. 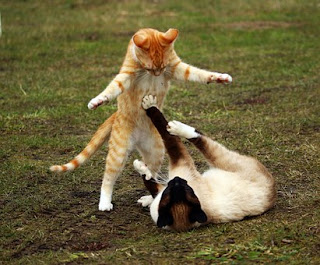 In short, I have to deal with it and not expect everyone around me to protect me.

This culture of offense needs to turn around. Do you remember just a few years ago when someone decided the 1980's hit show The Dukes of Hazzard was too offensive because of the Confederate flag on top of the General Lee?

Ben Jones, "Crazy Cooter" of the show, described it as a “wave of political correctness that is unprecedented in our nation of free speech and free expression.”  Jones compared it to the burning of books by the Nazis.

I wrote about the Hazzard County fiasco in my article Focus on the Right Things.

Let's put on our big boy pants. What I can do is stop getting offended. Or, at least, stop letting my offense make me try and control everyone else around me.

The anonymous social media author I referred to earlier later wrote, "[H]ave you seen violent video games or watched modern TV or listened to modern radio? And you're still worried about a 74 year old Christmas song? If you are still offended by these things . . .  be offended. But please don't imply that the rest of us lack morals or good judgement, especially when it comes to parenting. If you want to raise your kids to be on the lookout and offended at every little thing that they might not understand or agree with, have at it. At my house we will be watching Rudolph when it's cold outside."

We must stop the descent into madness. We must resist the culture of offense.

Robert E. Lee and The Culture of Offense

The USA - A Graceless Place?:  The Culture of Offense, Part 2