Praying for Victims of Natural Disasters

I wrote this article in September of 2017 following the aftermath of Hurricane Harvey. 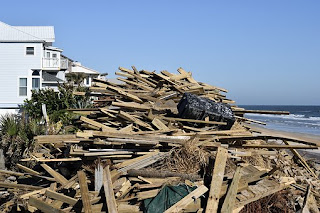 I know I should pray.  I’ve been a Christian for decades and a pastor for twenty years.  I could share an impromptu sermon without any preparation on the why’s and how to’s of praying for people.

But when faced with mammoth disasters, I feel almost too small to pray.  The devastation looms like a Goliath taunting my puny prayers.  I hear the giant screaming, “Look at all of this trouble!  What good do you think your prayers will do?  Do you really think God will use your prayers to change any of this?”

Last week as I tried to pray concerning Hurricane Harvey and the struggling souls in Texas, an idea came to me.

For years, I’ve encouraged people to not pray general prayers but specific ones.  Don’t just pray “around the world” prayers like the following:


Instead, I’ve encouraged praying people to be specific in their prayers:


One prayer offered with specificity may do more good than a dozen generalized ones that use religious language but don’t center on anything concrete.

A Pair of Shoelaces

The Bible teaches and illustrates God’s specificity in dealing with His children. Christianity boasts of a deity who contains awesome power (transcendence) yet personal closeness to people (immanence).

One Old Testament passage states, “the eyes of the LORD range throughout the earth to strengthen those whose hearts are fully committed to him (2 Chronicles 16:9).  The Creator and Sustainer of the universe is able to zero in on one individual person of His creation and make himself know to that one. 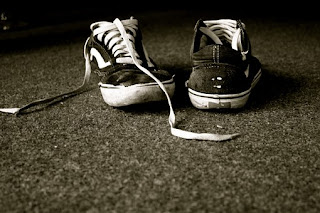 V. Raymond Edman, President Emeritus of Wheaton University, illustrated this reality in his book Out of My Life: Lessons Learned from the Scriptures on the Presence of God with His Own.  He shares the story of evangelist Dr. Joe Evans in the early 1900’s. As a young man in Boston learning to trust God for his needs, he found himself without money and with a broken pair of shoelaces on his only pair of shoes.

Joe wondered, “Should one pray for a matter as small as shoelaces?  I think so, for the principle of faith is not concerned with quantity, but rather with quality.  The Lord Jesus taught that if we have faith as a grain of mustard seed, then great things can happen.”

The young man asked God for more laces and then “went about the Lord’s work with the shoes and laces as they were and with a heart that was content to make known his requests to the Most High, with confidence that there is an Ear that hears, an Eye that sees, a Heart that is touched with our necessity, and a Hand that can be stretched forth in our behalf.”

One week later a letter arrived from a friend in California.  The writer wrote under a strong sense of compulsion, “Somehow or other, I cannot get away from the impression that I should include these shoelaces in my letter; and yet what a ridiculous thing for me to do!”

Joe Evans learned in that encounter with the Almighty that He sees, hears, and knows.  The Sovereign One saw His struggling servant in Boston and then touched one person in California, long before the days of instant communication, to nudge them to meet Joe’s need.

God uses the prayers of one individual to touch the life of another individual.

Burden in the Woods 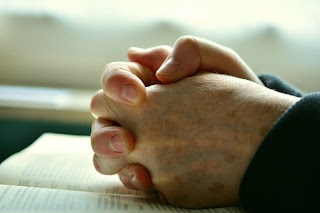 Later in life, Joe took a day of prayer in the woods to commune with his Lord.  A great, and somewhat strange, burden came upon his heart to pray for the spiritual conversion of His Majesty, King Edward VII.  Dr. Edman wrote, “The burden of prayer increased throughout the day rather than diminishing or disappearing. . . .  With great agony of soul, he prayed earnestly for the salvation of the king until there came the release of full assurance that prayer had been answered.”

The following day word came across the ocean, “King Edward is dead.”  Joe Evans had not known of the king’s illness, nor had he ever met the king.

Years passed, and one day Joe ate dinner with Dr. J. Gregory Mantle of England, who told Joe the story of King Edward’s conversion.  Mantle asked, “Joe, did you know that Edward VII was saved on his deathbed?”

The king took ill and called a lord-in-waiting, ordering him to go to Paternoster Row and find a gospel tract titled The Sinner’s Friend given to him years earlier by his mother, Queen Victoria.  The servant, after much searching, found the booklet, “brought it to His Majesty, and upon reading it, King Edward VII made earnest repentance and received the Lord Jesus as his Savior.”

As God’s faithful servant Joe turned aside to meet with His Lord in the woods, the King of England lay on his deathbed.  The Great Intercessor moved upon Joe in the woods to intercede earnestly for the work of God in the life of the king, several thousand miles away.
God uses the prayers of one individual to touch the life of another individual. 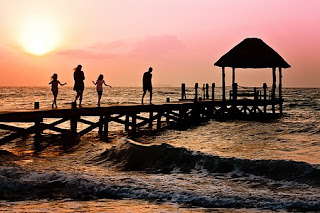 As I struggled last week to know how to pray for the victims of the hurricane, it struck me, God can use my prayers to make a difference in the life of one person or one family.

As my perspective changed, so did my praying.  I imagined one father, one couple, one family struggling with that storm.  I began asking, Father, meet the needs of one husband and father.  Help him to help his family.  Give them wisdom and help.  Get them to safety.  Provide for their needs.  Care for and comfort his wife and children.

As I prayed with that spirit the next several days, I pondered, “What if 1,000,000 praying believers asked God to use their prayers to touch one person or one family?  Might God use the prayers of each intercessor to reach across hundreds of miles and intervene specifically in 1,000,000 situations?”

Let’s do it, for God uses the prayers of one individual to touch the life of another individual.