If Not Judge Kavanaugh, then Who? 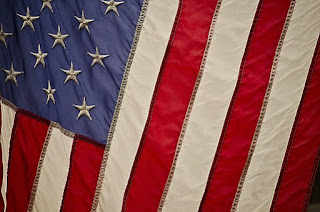 "If not Judge Kavanaugh, then who? This is the question Republicans should ask themselves as they prepare for Thursday’s Senate Judiciary Committee hearing.

If this decent human being, with an exemplary record as husband, father, friend, and judge can be smeared and maligned, who is going to be capable of surviving the Left’s ruthless dishonesty and willingness to lie, intimidate, and destroy?

If the Left can succeed in vilifying someone with Judge Kavanaugh’s integrity and record, they will be in a position to say to President Trump, 'nominate a moderate who is acceptable to us or we will smear your next nominee into rejection, too.' ”

“So desperate to keep the Supreme Court from becoming conservative, that they are prepared to lie, to smear, to be hysterical, to break Senate rules, to do whatever they have to do . . . .  Arthur Miller’s great play The Crucible about the Salem Witch Trials actually relates to Judge Kavanaugh and what he is being put through. It is almost like a medieval torture.  Somebody turns up 35 years later . . . .