Charles Finney - The Church and Politics 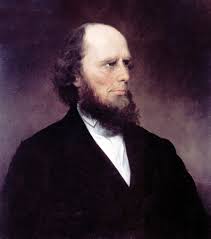 The  modern era includes the fallacy that the church and pastors should stay out of and stay silent about politics.  One result of such a stance is the church's weak influence on society.  While secularists and godless men and women worked feverishly to reshape our nation (after their own lusts and idols), the church often claimed that politics was not their business.  Instead, they should only care about saving souls.

As you pray this week, consider what Charles Grandison Finney (1792-1875), famous lawyer and pastor and the father of modern revivalism, declared about the seamless relationship between the church and politics:

“The Church must take right ground in regards to politics . . . The time has come for Christians to vote for honest men, and take consistent ground in politics or the Lord will curse them . . .

God will bless or curse this nation according to the course Christians take in politics.”
Posted by Rhett Wilson at 3:30 PM