7 Traits to Pray for our Next President 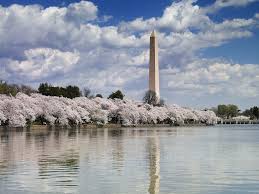 In just a few months, our country will once again elect the next President of the United States of America.  We live in a dangerous world, one that many of our forefathers would have never imagined.  America has veered from the roots that made her great, and this election matters.

The Bible warns that a society can exchange truth for lies.  When that happens, they become “futile in their thoughts . . . .  Professing to be wise, they [become] fools” (Romans 1:21-22).

The prophet Isaiah warned, “Woe to those who call evil good, and good evil; who put darkness for light, and light for darkness; who put bitter for sweet, and sweet for bitter!” (5:20).

The good news is that God has not changed.  He sits on His throne and rules over the nations of the world.  His eye is everywhere.  He is faithful, and we can rest on His faithfulness. 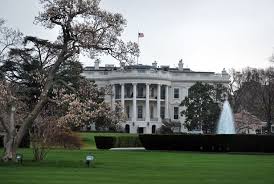 The book of James tells us that Elijah was a man just like us.  In evil times under corrupt political leaders, he prayed and God answered: the effective, fervent prayer of a righteous man avails much (James 5:16-17).

God still looks for a remnant who believe him and call on his name.

Let’s pray fervently and effectively this year for our next President, petitioning heaven for a wise, honorable Commander in Chief.

Many times in the Bible, God’s people mix fasting – abstaining from food for a period of time – with praying.  Tough times call for tough praying.

I challenge you to spend at least one day a month from February to November fasting and praying for our country.  Your fast may include skipping one, two, or three meals.
Spend the time you would spend eating praying instead to a God who hears your prayers.

Here are seven traits to pray for the next President of our country:


1.  A leader who is able to lead – that means capable of leadership ability.  We need someone who knows how to lead more than how to work the crowds, be a GQ man, act cool, or win an election.  We need a leader who sees where we need to go.

2.  A leader who fears God more than man – they have a Judeo-Christian work ethic and moral code.  We need someone who understands what President John Adams understood: Our Constitution was made only for a moral and religious people. It is wholly inadequate to the government of any other.  And Secretary of State Daniel Webster said, [T]he Christian religion – its general principles – must ever be regarded among us as the foundation of civil society. We need a leader who will stand up to the secular progressives who want to drive the Judeo-Christian value system, which made our country great, out of this nation.  Pray for a President who values religious liberty.  He or she recognizes that wisdom comes first from humbling oneself before the Lord of Creation.  That does not mean he or she has to necessarily be a strong evangelical or Catholic Christian, though that is ideal; but they understand and respect those roots.

3.  A person of truth who tells the truth.  Many politicians today run on lies, lies, and lies.  Discernment is needed to see past the rhetoric and look at their record.  Pray for a person of truth – someone who loves the truth and stands on it.  Someone who walks in integrity and has a track record to prove it.  The word integrity means that you have the same quality on the inside that you claim on the outside.  You are the same alone as you are in front of the camera. 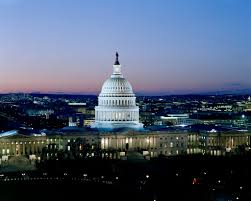 4.  A person who is not covetous – that means they are not hungry for power and control.  They serve other people.  Their leadership flows from a motive to serve more than building their own legacy.  They have a record of kindness, servanthood, and humility.  The people who work around them can testify of being treated honorably by this person.  They primarily build up the people around them rather than use them.


5.  A decisive leader who understands the need for a strong, effective military and police force.  The Bible says that the government is God’s agent of the sword.  That means they have the right and authority to use force to protect the nation’s people.  We face threats to our national security today not experienced since Hitler’s regime and the Cold War.  We have real enemies who want to come to our soil and butcher us.  America needs a strong military Chief who will build our military in force and morale, encourage our police force, stand up to our enemies, and make America safe.

6.  A leader who believes in American exceptionalism.  We need a leader who understands that America is unlike any nation in the history of the world.  We are a great, God-blessed nation.  We need not apologize for that.  And we need to return to the principles that made her great. 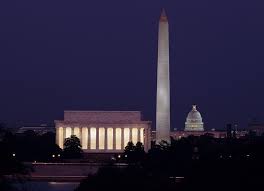 7.  A person of wisdom, discernment, and character.  He or she has a moral center.  They don’t have long trails of scandals following them.  They don't flip flop on core issues.They lead not primarily to please people but to do the right thing.  They don’t lead by opinion polls but moral character and, hopefully, spiritual fortitude.  They serve other people.  They have a history of faithfulness – moral, sexual, and fiscal.

I challenge you to pray, adding fasting to your prayers, for our next leader.  Ask God to make these things true of us all.

I will set this article to run at the top of the blog for most of February.
Posted by Rhett Wilson at 2:30 PM