Read part one of this series, Surprised by God, Part One. 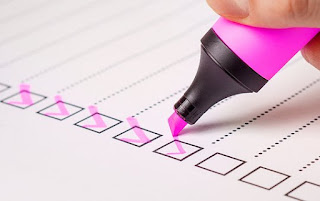 When Paige Patterson resigned as the President of Southeastern Baptist Theological Seminary, he addressed the Board of Trustees.  The Board would nominate the next President of the seminary.  Patterson challenged them, First, you need to make your list of the qualities you want in your next President.  For that, you need to think, discuss, and plan.  Get your list together and make it air-tight.  Then, when the list is complete, do the following.  Tear up your list.  After that, get on your faces together and begin crying out to God for Him to direct you to the man He wants to be the next President of this seminary.

Cry out for His man – even if that man is different than what they would first choose.  The prophet Samuel faced a similar experience at Jesse’s house in search of the next king.  The Lord said, Do not consider his appearance or his height, for I have rejected him.  The LORD does not look at the things man looks at.  Man looks at the outward appearance, but the LORD looks at the heart (1 Sam. 16:7)

The apostle Paul experienced similar redirection and surprise.  Knowing the Lord called him to preach the gospel, he and his team set out from Antioch determined to share the Word throughout Asia.  For days, weeks, and most likely for months they journeyed through the continent.

Luke records they traveled throughout the region of Phrygia and Galatia, having been kept by the Holy Spirit from preaching the word in the province of Asia.  When they came to the border of Mysia, they tried to enter Bithynia, but the Spirit of Jesus would not allow them.  So they passed by Mysia and went on to Troas (Acts 16:6-7). 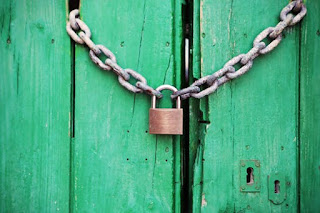 Talk about frustrating.  Get out a map of New Testament Bible times and check out the progression of locations.  In today's terms, it is a bit like starting in the United States at Charleston, South Carolina, and slowly traveling through the country, heading westward.  Winding up through Tennessee and Missouri, you plan on having evangelistic campaigns.  Surprisingly and unexpectedly, the Holy Spirit will not allow the plans to materialize.  So, you move ahead, thinking, “Maybe the Lord wants us farther north.  You trudge along for many days and weeks.  Arriving in Nebraska, you make plans for some street preaching and home Bible studies.  But suddenly, the Spirit of the Lord says, No, not here.  Another closed door.

We don’t know how the Spirit communicated.  Perhaps they experienced opposition from people.  Doors slammed in their face.  Or perhaps as they got to a place and prayed privately or together, they had a sudden absence of peace or a quickening of the Spirit inside saying, No, don’t do this.  Keep moving.

Finally, through the last leg of the monotonous journey, they make it through Utah, Nevada, and end up in California.  Not the trip they expected.  They check into a motel in San Francisco, and with their backs to the bay, they have nowhere else to go.

Imagine their frustration.  And remember, there was no Amtrack, interstates, or airplanes.  They journeyed on foot and on animals.  This treck probably took months.
As Paul stews in the San Francisco Holiday Inn, he wonders, “What is going on, Lord?  Have we made a mistake?  Did we miss you?  We set out months ago with such high hopes of making disciples through Asia.  And here we are stuck with an ocean at our backs.  I must be nuts.” 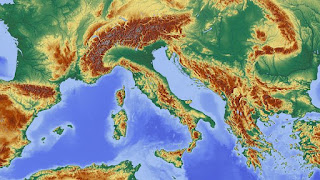 And one night everything changes.  We don’t know how long they stayed in Troas.  Maybe it was one day, many days, or weeks.  But since God works the night-shift, in the middle of Paul’s sleep one night, the Lord sends his servant a vision.  We call it The Macedonian Vision.  The man pleads, Come over to Macedonia and help us (Acts 16:9).

Macedonia is in Greece on the mainland.  Greece is in Europe.  Paul and his companions have been traveling through Asia.  While Paul and company had the continent of Asia on their mind, God had other plans.  He had Europe on his  mind.  He wanted to get this missionary group to another continent.  And the only way to do it was to guide them through the Asian continent, experiencing closed door after closed door, until finally they had their back to the ocean and the European continent.

Paul and his buddies become the first carriers of the gospel of Christ to Europe.  I sure am glad they experienced all those frustrating closed doors, because the gospel came to the United States of America because it first went to Europe.

The cynical part of me thinks, “Why did the Lord do it this way?”

If it were me, I would have made it simple.  Before Paul embarked on this long, arduous journey, I would have met him in his quiet time one morning and said, Paul, forget about Asia.  That is not my plan.  I want you and your friends to high tail it fast to Troas.  When you get there, I am going to take you to Europe. 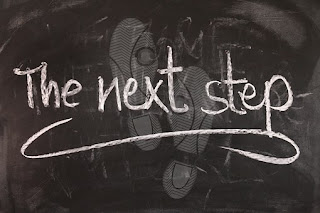 But that is not how God often works.  Yes, there are times when He will speak directly to us about a situation or point in a specific direction.  But most times he allows us and I believe even wants us to do our part.  He wants us to pray, to think, to plan, to try, to step out, and yes, sometimes to experience closed doors along the way.  It forces us to grow, to develop, to stretch, and to trust.  And it teaches us to not take ourselves too seriously.

An engineer friend of mine and father of three in his early-thirties sensed God redirecting him into a different career path.  The change required him to resign his job and go to medical school for a couple of years.  Talk about a big change.  Early in the process he told me, “Rhett, I just want to make sure that God is in this before I step out and make a mistake.”

I remember pointing him to Acts 16 and saying something like, “The direction may not come until you first step out and start trying.  Sometimes God waits until we move forward and make plans, all the while knowing that He is God and can change our plans at any time.”

This will be continued in the article Surprised by God, Part Three.
Posted by Rhett Wilson at 8:37 AM