John Davidson writes in his article, We’re In A Cultural Civil War. It’s Time For Conservatives To Fight Back, “If you think what’s happening in America right now is crazy, you’re not alone. It’s true that something’s changed, that we’re in the middle of a crisis, that a cultural civil war is underway and escalating.


But it’s not true that this is a majoritarian movement. It’s not true that America fundamentally changed overnight. The hordes of protesters, impressive as them seem, don’t represent the country at large.”

Leftists infiltrated many of our American universities decades ago, systematically indoctrinating our culture with deadly ideologies: 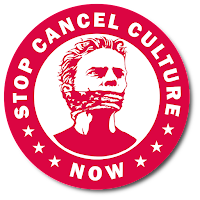 (1) The jettison of absolute truth

(2) The “don’t offend anyone” narrative

(3) The “every idea is equally valid” falsity.

(4) The “America is fundamentally flawed” rhetoric.

Lawyer and talk show host Dennis Prager calls our modern battle America’s Second Civil War. He writes that in the Second Civil war, “one side has been doing nearly all the fighting. That is how it has been able to take over schools — from elementary schools, to high schools, to universities — and indoctrinate America’s young people; how it has taken over nearly all the news media; and how it has taken over entertainment media.

The conservative side has lost on every one of these fronts because it has rarely fought back with anything near the ferocity with which the left fights.”

Lawyer turned evangelist Charles Finney wrote in the 1800’s, “The Church must take right ground in regards to politics . . . The time has come for Christians to vote for honest men, and take consistent ground in politics or the Lord will curse them . . . .

God will bless or curse this nation according to the course Christians take in politics.”

Davidson writes, “It’s long past time to fight back. That won’t be easy, in part because the radicals are largely in control of messaging. They have the sympathies—if not the outright allegiance—of the mainstream media, big tech, and corporate America. They also more or less control the Democratic Party and much of the petty bureaucracy, including public schools.”

The Redemption of Culture

Twenty-five years ago, many churches across the nation embraced Rick Warren’s The Purpose-Driven Church concepts, promoting that there are five purposes to the church: worship, discipleship, fellowship, ministry, and missions. Charles Colson of Prison Fellowship and The Colson Center for Christian Worldview said at the time he always wanted to tell pastors to add another biblical purpose: the redemption of culture.

Colson wrote in his excellent book, How Now Shall We Live?, “The only task of the church, many fundamentalists and evangelicals have believed, is to save as many lost souls as possible from a world literally going to hell. But this implicit denial of a Christian worldview is unbiblical and is the reason we have lost so much of our influence in the world. Salvation does not consist simply of freedom from sin; salvation also means being restored to the task we were given in the beginning – the job of creating culture.”

The Lord’s Great Commission is linked with His cultural commission!

Colson goes on, “The same command is still binding on us today. Though the fall introduced sin and evil into human history, it did not erase the cultural mandate. . . .  When we are redeemed, we are restored to our original purpose, empowered to do what we were created to do: build societies and create culture – and in doing so, to restore the created order.”

It's past time for people with a biblical worldview of reality to engage the public square and make our voices heard.

Believers must not be silent.  We must speak.

Pray. Love your neighbor. Speak Up. Speak Out.

Pictures courtesy of Pexels and Pixabay