Weighing Obedience and Resistance: What Romans 13 Does and Does Not Affirm about Governing Authorities 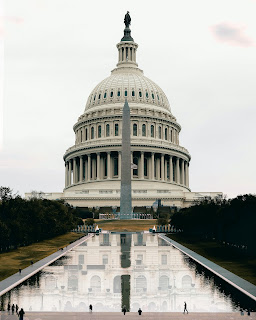 As America's Founding Fathers resisted obedience to King George III, they were motivated in part by their theology. And through church history, many early Protestants were thoroughly biblically literate, steeped  in the Scriptures, which led them to embrace resistance theories in opposition to tyrannical governments.

As the West continues to move further away from individual, God-given liberty, and closer to government-controlled tyranny, Western Christians need to be steeped like our forefathers in what the Bible does - and does not affirm - about responding to government.

David Schrock writes, “Instead of investing in a biblical theology of God and government, God’s Law and man’s laws, too many churches have, for generations, not taught their members in matters of religious liberty. We assumed that religious liberty was our lasting birthright, not knowing that we needed to fight to keep it.”

The following article by David Schrock draws from the thoughts of Doug Wilson and others. . . .

"In his commentary on Romans, Colin Kruse observes that in Romans 13 'Paul is drawing upon teaching in Jewish literature about God’s sovereignty over the rise and fall of earthly rulers' (Paul’s Letter to the Romans, 493).


Far too many have a simplistic, even child-like, understanding of Romans 13. And if the church is going to survive our post-modern, post-Christian world, we need to think more carefully (read: more biblically) about Romans 13.

When we read Romans 13 we need to see what it says and what it doesn’t say. Namely, the faithful Christian is to obey the command to submit to those in authority, seeing them as God’s servants. But at the same time, when governors misuse their God-given authority and violate God’s law, faithful Christians can and must obey God and not man. Or as Francis Schaeffer once put it, 'since tyranny is satanic, not to resist it is to resist God, to resist tyranny is to honor God' (A Christian Manifesto; cited in the Introduction to Lex, Rex, by Samuel Rutherford)."

Click here to see the entire article by David Schrock at Via Emmaus.

Does Romans13 Prohibit All Civil Disobedience? by John Piper

Submit or Defy: The Romans 13 Debate from the Standing For Freedom Center at Liberty University

And the following, What About Romans 13?, from Eric Metaxas and Dutch Sheets: