The first year or our marriage, I introduced my wife to madness.  March Madness.

My father was an avid sports fan, and sounds of basketball games filled our house yearly over March weekends.  The first year I took an interest, my freshman year of high school, was 1988.  The Final Four took place in Kansas City, Missouri, with Kansas, Duke, Oklahoma, and Arizona competing.  I can still hear the commercials playing the song, “We’re going to Kansas City, Kansas City here I come.”

My wife and I are not big sports fans.  We never watch the Super Bowl, football hardly interests us, and neither of us know the difference between an outside linebacker, a safety, and a halfback.  And we don’t care to.
However, when March rolls around every year we become basketball crazy.  We anticipate the madness, talk about it for several weeks, and then keep CBS on for hours and hours watching game after game.  Having lived in Kentucky for three years, we experienced first-hand what it means for a state to go crazy over basketball.  I remember the grief that part of the state experienced when Rick Pitino resigned as head coach of UK in 1997 – and the anger that surprised them when he became the head coach of the University of Louisville in 2001. 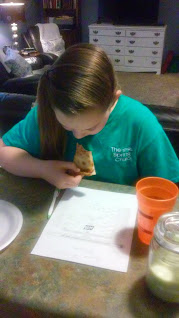 Through the years my wife and I have slowly and subtly passed on the fever to our children.  My daughter enjoys sitting down beside us on Saturday afternoons and watching a good Kentucky, Duke, or UNC game.
Wednesday night I printed out our 2015 March Madness NCAA tournament brackets.  Everyone sat down at breakfast on Thursday and studiously entered their guesses for each game.  Then, we taped five sheets to the wall of the kitchen.  From there we can check off the winners and losers during the next three weeks.
Every family needs some rallying points.  We all desire points of commonality.  One of the attractions of gangs for so many tweenagers and teenagers is that it gives them a sense of belonging.
Wise parents build what some parenting experts call “family identity” into their team.  Interests, passions, habits, and a culture make your family unique and create your own identity.  Reasons to celebrate together.  Experiences that will stand out twenty years from now as your children remember the pictures in their minds. 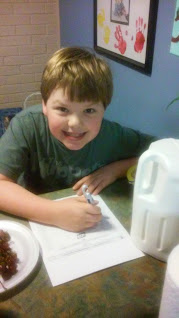 For years, I have told my children, “You are my favorite people in the whole world.  I would rather be with you and your mom than anybody else.  There is no one I have a better time with than you guys.”
Find specific things to celebrate as a family.  Create fun, meaningful habits.
The Wilson family reads biographies together.  We watch in-order series of good television shows like Andy Griffith, The Waltons, and The Road to Avonlea.  We go to hear the symphony and Broadway shows.  We collect magnets and post cards from places we travel.  On Tuesday nights we pray for “two friends each.”  On Thursdays we practice “Thankful Heart Thursday,” specifically thanking God for blessings.  We play tennis and take bike rides.  In the summer we explore waterfalls.  We eat pizza on Saturday.  We like to eat at California Dreaming on special occasions.  And we become serious basketball fans for one month every March.

Our kids need a winning team.  Dads and moms, we are the coaches.  What are we doing to build family identity and make them want to be a part of the team?
Posted by Rhett Wilson at 8:42 PM