America Is Drowning in the Left’s Lies About Trump


"The president of the United States, Donald Trump, never said there were “fine” Nazis or Ku Klux Klansmen. 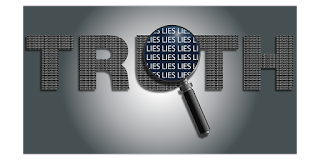 This is one of the two great lies of our time — the other being that all Trump supporters are racists — and perhaps in all of American history. I cannot think of a lie of such significance that was held as truth by so many Americans, by every leading politician of one of the two major political parties and disseminated by virtually the entire media.

The major news media need to understand these are important reasons that half of America considers them frauds. And we get no pleasure from this fact. The reason we don’t recoil when the president labels the mainstream media 'fake news' is that we know the charge is true. Has one major media news outlet yet apologized to the American people for preoccupying them for nearly two years with the lie of 'Trump collusion' with Russia? Has one Democrat? Of course not. Because with regard to the Trump-Russia collusion issue, the news media were never driven by a pursuit of truth; they were driven by a pursuit of Trump."