Weekly I enjoy receiving David Lane's insights. The founder of The American Renewal Project, Lane reminds American Christians that righteousness exalts a nation, but sin is a reproach to any people. In today's article, he shares how the Supreme Court in 1963 embraced secularism as the official religion of America . . .

Striking the keynote for all scrutiny regarding Donald Trump’s standing among Evangelicals, Winthrop Poll director Dr. Scott Huffmon said: “The fact that fewer than half of Evangelicals overall would describe Trump as ‘Godly’ or ‘Moral’ suggests that his strength with these groups comes not from modeling pious behavior, but from them viewing him as a bulwark against a culture that they feel is increasingly hostile to them."

In 1963 the secular Warren Supreme Court “made a god that was no god” by establishing Secularism as the official religion of America (Abington School District v. Schempp). The 8-1 decision “led not to true neutrality with respect to religion, but to the establishment of a religion of secularism,” as lone dissenting Justice Potter Stewart correctly foresaw. 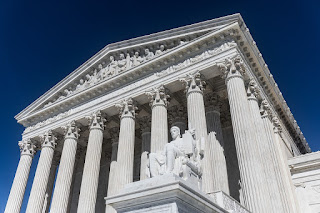 The Obergefell vs. Hodges case in 2015 perfectly exemplifies the bane of judicial overreach, embodied by five arrogant Justices placing personal preference above existing law. The fraudulent 5-4 Supreme Court decision     was particularly insulting to social conservatives who had voted - in 31 states and by wide margins - to ban same-sex marriage.

Fraudulent is the right word to use. The legislative branch writes the laws, the executive branch signs and carries out the laws, and the judicial branch reviews them to ensure their concurrence with the Constitution. Which legislative branch passed homosexual marriage? Which executive signed the legislation? The ruling was an affront as well to the American Founders, who established the Bible as the paragon for judging society. “God will not tolerate the rebellion of men against Himself.”(1)

From the mid-20th century until today, American secularists have puffed themselves up with their paltry wisdom and false strength. The glory of a nation, however, resides in her righteousness, not in her military prowess, GDP, or intellectual elitism. Virtue is a key component of freedom. Present-day America reveals the hollow inanity of Secularism with secularists dominating education, academia, newsrooms, sports, the courts, big business, Hollywood, and medicine. 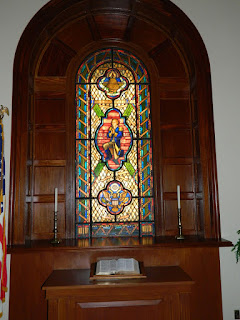 President Trump may be equated with Rahab in the Book of Joshua. Although a Canaanite by birth, Rahab stood by faith for the unseen God against a pagan culture. She showed by her actions to be the mouthpiece of God. Francis Schaeffer puts Rahab’s political environment into context: “Surrounding Rahab, however, was a hostile (Deep State) … impregnable, or so its inhabitants thought … surrounded by a monolithic mentality (empowered by) a (pagan) worldview … Rahab was pressured by a powerful city and (profane) culture. … At (that exact) moment she could see nothing with her eyes which (would indicate a) fall.”(2)

The portion of Evangelical and pro-life Catholic Christians who support President Trump do so because he stands firmly against a culture that is increasingly hostile to Biblical Christianity. As one Christian said, “I didn’t elect him to be my pastor.”

The deterioration of a once Biblically-based culture is often cited as the reason that Evangelicals decided to roll the dice with Donald J. Trump in 2016. Having had a year and a half to take his measure, President Trump turns out to be a Samson, willing to do what God’s people have not done. Even Samson’s “parents did not know that this was from the LORD,” on the occasion when Samson was confronting the Philistines.(3)

Here are some of candidate Donald J. Trump’s campaign promises in 2016. (Note that President Trump has fulfilled most of them.) 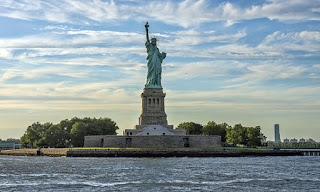 Additionally, minority unemployment is at a historical low, the economy is soaring, and ISIS is defeated. There are tax cuts for all. The Courts of Appeals and SCOTUS are being returned to interpreting the law instead of making law, policy, and new rights out of thin air [for example, Obergefell vs Hodges]. Given all this, one particular question still requires an answer from both Democrats and moderate Republicans: “Is the take down of Trump 45 more important than the success of America?”

First Samuel describes the capture of the Ark by the Philistines, and its subsequent placement in the House of Dagon, the Philistine god. While making their rounds the following morning, the Philistines discovered that Dagon had fallen on his face. They set Dagon upright. The next morning Dagon had again fallen over. This time, however, his head and hands had broken off. 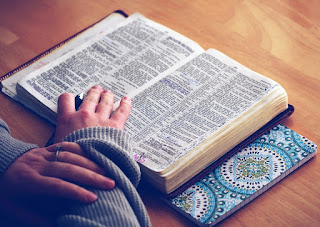 God wants us to think about this. Unlike Dagon, the Living God doesn’t need an entourage following Him chanting, “You da champ, you da champ …” It is true that in God’s unending order He defends Himself and His creation. In light of that, how would the five Supreme Court Justices, who took it upon themselves to redefine marriage in 2015, hope to defend what they have created?

Let us neither be daunted by obstacles we find on our way, nor disheartened by failures. Almighty God made a promise to His children, “Be strong and courageous! Do not be afraid and do not panic before them. For the LORD your God will personally go ahead of you. He will neither fail you nor abandon you.”(5)

Gideons and Rahabs are beginning to stand.