The following article is my monthly column appearing today in The Clinton Chronicle . . .

In my college days, the music group TRUTH popularized a song called Living Life Upside Down.  The lyrics warned, What if we’ve fallen to the bottom of a well thinking we’ve risen to the top of a mountain? 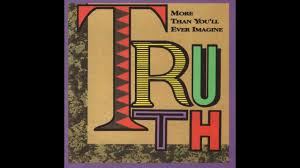 America has been on moral free-fall for several decades.  In the Old Testament, one prophet warned that days would come when wrong behavior would become so normalized that we would forget to blush.

The most recent indictment in our moral landslide is the Charlotte City Council passing a much-contested ordinance that transgenders can use the bathroom of their choice.  In response, the North Carolina governor quickly responded by signing a bill banning people from using public restrooms other than their birth sex.

Estimates say that 0.3% of the United States population identify themselves as transgender.  The answer to this debate is not to change basic bathroom dignity rules affecting the 99.7% of Americans who identify with the sex of their birth anatomy given to them by their Creator.

Tony Perkins of the Family Research Council aptly said, “This is where the Left leads us when left unchecked by common sense: The privacy of women and children must be sacrificed on the altar of political correctness. This reckless abandon of common sense threatens the safety and freedoms of Americans from Seattle to Houston”

Laws that allow individuals the right to use the facilities of the sex with which they most identify provides legitimate safety concerns for a greater number of people than the number of people whom the laws accommodate.

North Carolina Governor Pat McCrory summed it up well last week: “If you have the anatomy of a man, you should not be allowed to use the women’s restroom, shower, or locker room facility. It’s basic common sense. It’s etiquette of privacy that we have had for decades. And it’s amazing that the nationally politically-correct police have descended upon my state [North Carolina] and unfairly smeared [NC]. This is a lot of media-elite hypocrisy. It’s demagoguery at its worst.”

As McCrory cited, the big business bullies showed their faces last week.  Paypal, for example, cancelled their plans to open a center in Charlotte.  That, folks, is called a corporate bully.  And it is called blatant hypocrisy.

Paypal, like several corporations who have jumped on the bandwagon, does business in many countries where transgenders, gays and lesbians face legal punishment.  Paypal works in 25 countries where homosexual behavior is illegal.  In five of those the penalty is death.

Yet North Carolina wants to keep a man from going into the bathroom with my thirteen year-old girl, and Paypal wants to not give Charlotte any business?  Bruce Springsteen just cancelled a concert in NC due to the new bathroom law.

Thankfully, the Governor and key lawmakers did not bow to pressure in spite of raging opposition. Paypal and Bruce, don’t let the door hit you on your way out of North Carolina.

It is indicative of a society that is living life upside down.
Posted by Rhett Wilson at 3:50 PM