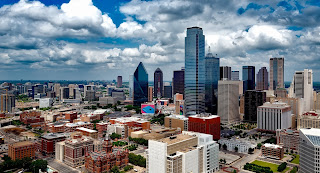 The recent death of Larry Hagman shocked many television fans both in the United States and around the world.  Known worldwide for playing the infamous Texas villain J. R. Ewing on the hit CBS and later TNT show Dallas, he created a character that almost seemed larger than life.  However, Hagman died in November of leukemia-related problems, and consequently TNT is preparing for the death of J. R. scheduled for March of this year.


I grew up watching Dallas.  Countless Friday nights included “coming home to CBS,” as their 1980’s phrase stated.  The Duke boys of Hazzard, Georgia, enthralled me at 8pm, and then there was time to fix a quick snack in the kitchen before hearing the brass and drum roll of the Dallas theme song.  Oddly, even today hearing that iconic music brings a warm memory of the consistent routine of my Dad, mom, and me.  (Though I have to say I would never let my children watch Dallas today!)  I remember watching just about every wedding, BBQ, Oil Barron’s Ball, fight in the Southfork pool, and cliffhanger!  I can still spout off a load of useless Dallas trivia.


Few television shows have experienced anything near the success of Dallas.  This drama about a dysfunctional family in Texas became a phenomenon worldwide.  Dallas lasted for fourteen seasons, a feat accomplished by few prime time dramas.  Larry Hagman created and molded a character that became the villain everyone loved to hate.  His winsome ability to smile and win while doing his dirty work attracted audiences and made him the highest-paid tv actor of his day in the 1980’s.  TV Guide gave the character of J. R. in 1999 the #11 ranking of the top 50 television characters ever.


J. R. was the epitome of the self-absorbed narcissist.  He would cross anyone, lie to anyone, and hurt anyone if it would advance his agenda.   The only soft spots he seemed to have were for his son, his father, and his mother, though they were sordid at best.  (A horrible husband, he drove his wife Sue Ellen to alcoholism and near-death.)  Hagman later said that he lost count of how many affairs J. R. had, how many people he screwed in business, and how many people he drove to suicide.
It goes without saying that the best-known storyline of Dallas was the 1980 “Who Shot J. R.” when the man is gunned down in a dark office by his sister-in-law, Kristen Shepherd, played by a young Mary Crosby (daughter of Bing).   An estimated 83 million viewers watched the episode that revealed the culprit on November 21 – more people than voted in that year’s Reagan/Carter Presidential election.  Today, thirty-three years later, the “Who Done It” episode is second on the list, beaten only by the final episode of MASH.  Some writers argue that the 1980 cliffhanger ranks #1 among cliffhangers of any television show.


Dallas set another precedent in television history in 2012, twenty-one years after going off of the air.  After years of speculation, TNT rebooted the Dallas franchise and brought the Ewings of Southfork back to television.  This time the cast included a younger generation anchored by the veteran characters of Sue Ellen, Bobby, and J. R.  And Hagman's death has inspired the show to create another "Who Shot J.R." murder mystery, this time finishing off the iconic character.


As an old fan who grew up watching the show, my curiosity wondered how they would play the old characters in the new Dallas.  I watched the first episodes of the TNT reboot last summer.  The writers did a great job making Bobby the solid, moral anchor for the show, moving him into the role held by his mother in the original.  I was glad to see that Sue Ellen sobered up and made something dynamic of her life.  They play her as a solid person of values overcoming her dysfunctional past and even considering running for the Governor of Texas.  From the first episode it is clear that if Bobby and Sue Ellen are supposed to be the good guys, J.R. is definitely still one of the bad ones.  By the first episode’s end he is trying, though much older and slower, to lie, scheme, and cheat.


However, I was pleased to see that no longer was the dastardly Ewing smiling and grinning his way through wickedness with no personal consequence.  It appeared, at least at the season’s beginning, that life had been rough on the old Texan the past two decades.  When Dallas ended in 1991, J.R. lost almost everything.  He lost his beloved Ewing Oil to his arch-enemy Cliff Barnes, he lost Weststar to Carter McCay, he lost Southfork to Bobby, his mother moved off, and he lost much of his money to his ex-wife Sue Ellen, who also moved away, taking their only son John Ross.  The final cliffhanger left the audience wondering if J.R. had committed suicide.

Twenty-one years pass and we find J. R. in an almost catatonic state in a nursing home.  Apparently he has suffered severe clinical depression for years, unable to cope with the fruits of his sins.  He is the epitome of a man who wasted the good years of his life chasing things that do not matter.  His now adult son deeply resents him.  His ex-wife and brother don’t trust him.  He is a pitiful person.  He tells his son John Ross, "I spent most of your childhood chasing after women I didn’t love and making deals that didn’t really matter." One can almost have empathy for this wasted life.  The senior J.R. has glimpses of even appearing remorseful at times, though it does not change his scheming and manipulating.


As a child I could watch Dallas and not think much of the moral implications of its characters; as an adult I cannot.  The evolution of J. R. Ewing is reminiscent of a quotation from the Bible: “They sow the wind and reap the whirlwind” (Hosea 8:7).   J. R. Ewing, though a fictional character, was a wicked man who lived a wicked life.  In real life, he would not be someone that we would “love to hate.”  Instead, he would be a person of whom we would warn our children.
The book of Proverbs speaks much wisdom regarding people like J. R.
The violence of the wicked will destroy them, because they refuse to do justice (Prov. 21:7).


Those who plant injustice will harvest disaster, and their reign of terror will come to an end (Prov. 22:8).
According to TNT, J. R.’s “reign of terror” has come to an end.  Larry Hagman acted in the first six episodes of Dallas’ second season before his death.  TNT has scheduled J. R.’s Dallas funeral for March11 of 2013.   Apparently, the new success of the remade Dallas and the old allure of Hagman's villain are still making waves.  Several times in the past month I have noticed that one of the top ten current searches on yahoo's search engine is "J. R. Ewing Funeral."


Were J. R. a real person, on this earth he would leave a horrible legacy.  He hurt the people that he should have loved the most.  He left a trail of destruction almost everywhere he went.  His lust for power, money, sex, and self resulted in horrific carnage.  And were he a real person, J. R. would face a horrible future.  It is true that it is appointed for men to die once, but after this the judgment (Hebrews 9:27).  J. R. would face much punishment for his many sins.  Sadly, though, his greatest sin was in living a life ruled by self rather than submitting himself to his Creator.  Only through a relationship with Him would J. R. find ultimate peace, forgiveness, and an eternity marked by the blessings of heaven.


Scroooooooooge
Another fictional character found such peace.  A man very rich according to the world’s standards of money, business, and commerce.  A self-absorbed man.  A man with a shriveled, cold heart.  A miserable, pitiful wretch of a man.  A man who, unlike J. R., did not seem to enjoy the world, its people, and its pleasures around him.  But also a man, unlike J. R. Ewing, who changed in the latter years of his life and became a totally different person.
Ebenezer Scrooge experienced the transformation of a lifetime, becoming a beacon of goodwill and cheer after his visits from the spirits of Christmas past, present, and future.  Most everyone has heard of Charles Dickens’ A Christmas Carol.  We enjoy at least one of the television renditions yearly.  Many people do not realize, though, that Dickens’ original story is blatantly one of Christian conversion.  A miserly, self-ruled man who submits himself to the Christ of Christmas.  Replete with biblical-Christian language and references (which are ignored in our modern and secular retellings of the story), Ebenezer comes to know His Creator in a real way, and the One born in a manger changes his life.  (Why did I walk through crowds of fellow-beings with my eyes turned down, and never raise them to that blessed Star which led the Wise Men to a poor abode?  - Jacob Marley)  Scrooge spends the rest of his life making amends to those he has wronged, spreading goodwill and compassion, and keeping Christmas every day in his heart. 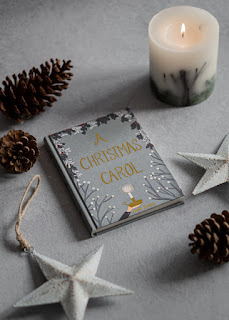 J. R., on the other hand, spent his final days manipulating, double-crossing his family, and thirsting after more greed, money, and power.  And on March 4th on TNT, J. R. met his earthly end.  If it is true, according to King Solomon, that it is better to go to a house of mourning than a house of feasting, we are wise as J. R.'s funeral approaches to "take this to heart" because "death is the destiny of every man" (Ecclesiastes 7:2).
What a contrast of fictional men.  One who allowed sin and self to destroy him and those around him.  A man who would leave this earth facing a dismal and painful eternity.  The other one who, though late in life, allowed God to forgive him, change him, and use him.  A man who became a source of goodwill, selflessness, and generosity to many others.  And his eternity secured by the Babe of Bethlehem, enjoying His Presence, goodness, and blessings.


J. R. never repented.  Ebenezer did.  What about me and you?
Picture used by permission from Pexels.