The Bible and American History


THE BIBLE AND AMERICAN PRESIDENTS


The first and almost the only book deserving of universal attention is the Bible.  I speak as a man of the world . . . and I say to you, “Search the Scriptures.”  - John Quincy Adams 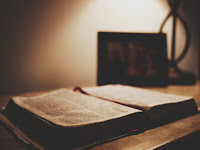 
The strength of our journey is the strength of its religious convictions.  The foundations of our society and government rest so much on the teachings of the Bible that it would be difficult to support them if faith in these teachings would cease to be practically universal in our country.  – Calvin Coolidge


We cannot read the history of our rise and development as a nation without reckoning with the place the Bible has occupied in shaping the advances of the Republic.  Where we have been the truest and most consistent in obeying its precepts, we have attained the greatest measure of contentment and prosperity.  – Franklin Roosevelt


If you take out of your statutes, your constitution, your family life all that is taken from the Sacred Book, what would there be left to bind society together?  - Benjamin Harrison


That book, sir, is the rock on which our republic rests.  – Andrew Jackson


FAITH OF THE FOUNDERS


We submit our person, lives, and estates unto our Lord Jesus Christ, the King of kings and Lord of lords, and to all those perfect and most absolute laws of His given us in His holy Word.  – Rhode Island Charter of 1683


While much has been written in recent years to try to dismiss the fact that America was founded upon the biblical principles of Judeo-Christianity, all the revisionism in the world cannot change the facts.  Anyone who examines the original writings, personal correspondence, biographies, and public statements of the individuals who were instrumental in the founding of America will find an abundance of quotations showing the profound extent to which their thinking and lives were influenced by a Christian worldview.  – American Patriot’s Bible, I-9


We recognize no sovereign but God and no king but Jesus!  - John Hancock and John Adams


My only hope of salvation is in the infinite, transcendent love of God manifested to the world by the death of His Son upon the cross.  Nothing but his blood will wash away my sins.  Come, Lord Jesus!  Come quickly!  - Benjamin Rush, Signer of the Declaration of Independence


It cannot be emphasized too clearly and too often that this nation was founded, not by religionists, but by Christians; not on religion, but on the gospel of Jesus Christ.  – Patrick Henry


Providence has given to our people the choice of their rulers, and it is the duty, as well as the privilege and interest of our Christian nation, to select and prefer Christians for their rulers.  – John Jay, First Chief Justice of the Supreme Court


Without moral a republic cannot subsist any length of time; they therefore who are decrying the Christian religion, whose morality is so sublime and pure . . . are undermining the solid foundations of morals, the best security for the duration of a free government.  – Charles Carrol, Signer of the Declaration of Independence


From the halls of Congress to that monuments, to nearly every landmark building, biblical and religious quotations and images are inscribed and preserved as an official testimony to the true place God has in our nation’s birthright and history.  American Patriot’s Bible,  I-33


In all my perplexities and distresses, the Bible has never failed to give me light and strength.  – Robert E. Lee


The Bible is worth all the other books which have ever been printed.  – Patrick Henry


To call the Bible a great book is an understatement.  It is, quite simply, the cornerstone of Western civilization.  – Charlton Heston


If we abide by the principles taught in the Bible, our country will go on prospering and to prosper, but if we and our posterity neglect its instructions and authority, no nan can tell how sudden a catastrophe may overwhelm us and bury all our glory in profound obscurity.  – Daniel Webster


The secret of my success?  It is simple.  It is found in the Bible, In all thy ways acknowledge Him, and Hs ehall direct they paths.  – George Washington Carver
Picture used by permission from Pixabay.
Posted by Rhett Wilson at 4:03 PM